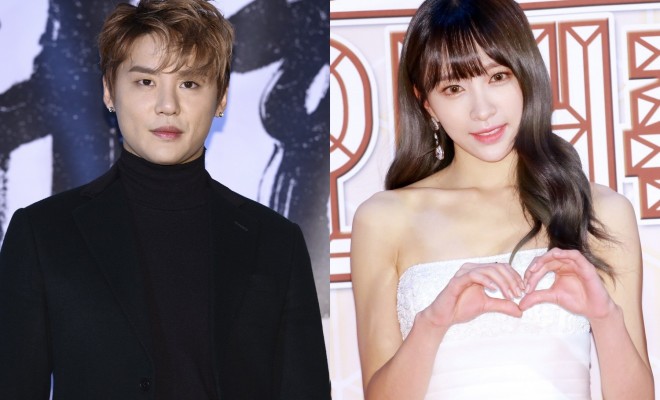 Looks like it is slowly becoming a habit in the K-pop industry that January 1st brings us breaking dating news! C-JeS Entertainment has confirmed that JYJ‘s Junsu and EXID‘s Hani are dating.

The agency said that Junsu and Hani’s relationship had begun as an usual sunbae-hoobae (senior-junior) one, but later developed towards romantic feelings. The JYJ member has previously stated that his ideal type was “bright, cheerful, positive and pro-sports”, which seems to fit Hani too.

C-JeS Entertainment’s representative, however, asked fans for their kind consideration as dating is a private matter and the company cannot disclose any other details of the relationship.

In related news, Junsu will be playing Dracula on the musical stage from January 7.