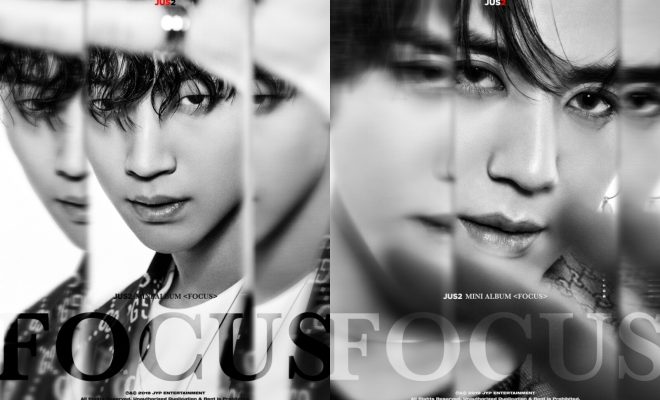 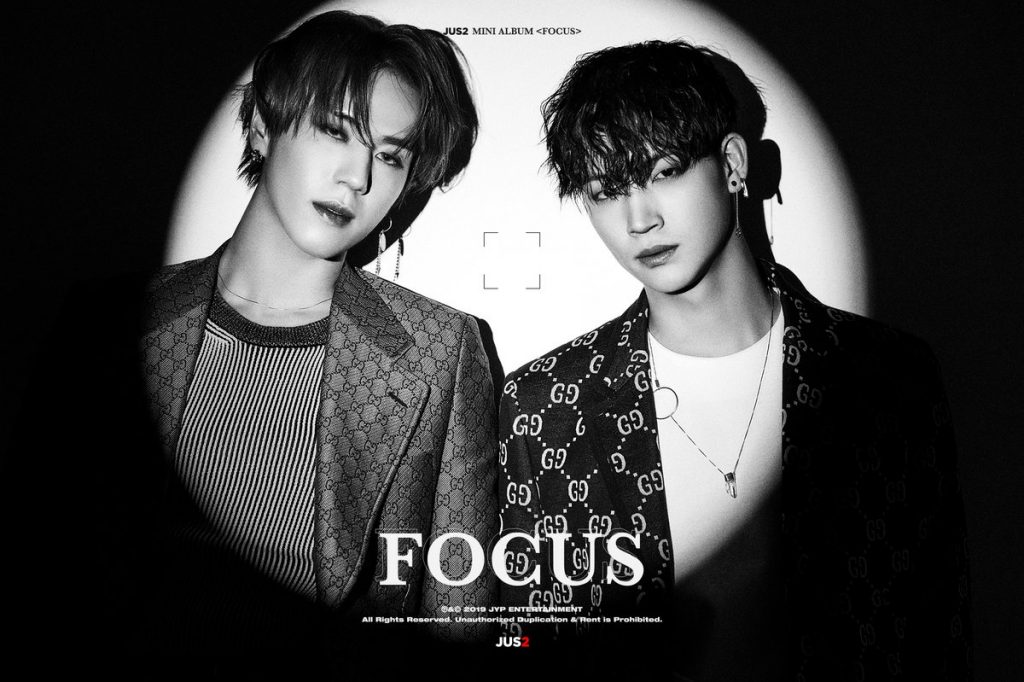 GOT7’s new subunit Jus2 consists of the leader and the maknae of the septet. The duo released two sets of images for each member on February 18. Shaded in black and white, the images focused on the intense gazes and alluring faces of the duo. Inevitably, the images released highlight the real meaning of the word “Focus”.

Chic and sexy leader, JB shows off his attractive aura by piercing through the screen with his steely gaze. Emphasizing on his immaculate features, the two images played with a spotlight beaming on his face.

Meanwhile, Yugyeom portraits spell real charmer with his intimate glances. While JB’s eyes dig in deeper, Yugyeom’s pulls in stronger than gravity, as his gorgeous looks take the limelight with peerless attitude.

Moreover, the black and white tone further uplifts the resonating features of the idols.

With a surprising video released on February 12, GOT7 fandom was left in sweet chaos. Later, JYP Entertainment made an official announcement on February 13 relating to the new duo that will be debuting with mini album FOCUS.

Sooner, the members involved under the umbrella were brought to light by releasing a set of teaser images. 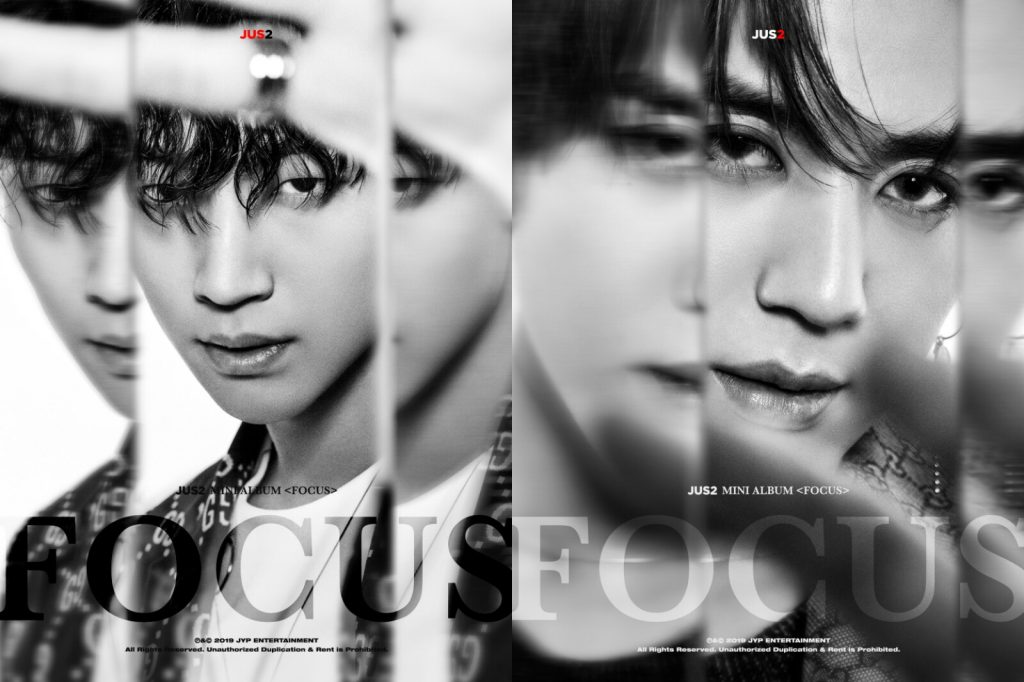 In addition, the fans will be gifted with an Asian tour with Jus2 FOCUS Premiere Showcase. It will visit Macau, Tokyo, Taipei, Osaka, Jakarta, Bangkok, and Singapore.

The duo, which greatly prepared than ever, will officially be the second sub-unit following JJP, formed approximately seven years ago. The most awaited music video will be released on March 4 along with the album on 5th of the same month. From there, Jus2 will sail on to places for their showcase from 7th of April till May 4. 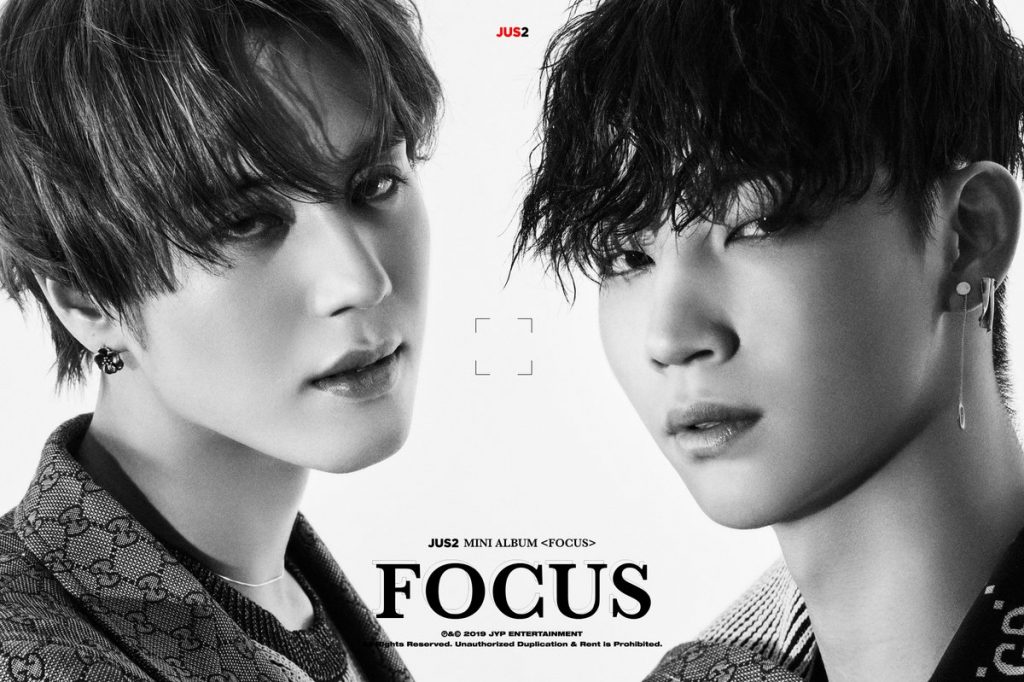 04.03.2019 is highlighted in every Ahgases’ calendar as two of their precious vocalists take over the industry with a new identity.