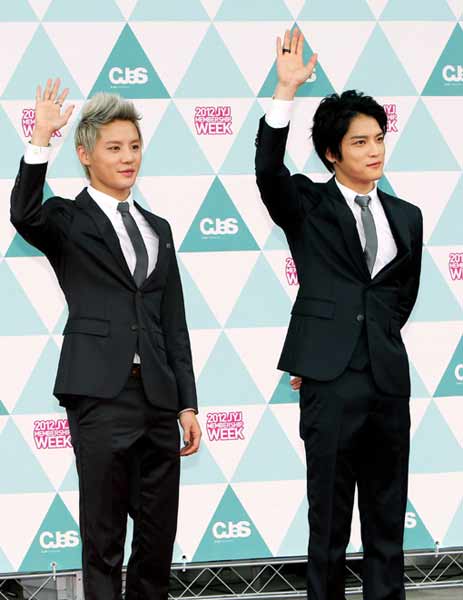 On June 28, JYJ officially kicked off their 2012 JYJ Membership Week at Seoul’s EC.

With 15,000 Korean and 7,024 Japanese fans attending this four-day expo, about 3.7 billion won was invested into this event. Although it is a big figure, the head of C–JeS, Baek Chang Joo expressed they do not get any profit from this event. He said. “We eliminated the commercial aspect. Though we won’t get any profits right away, we think of the money put in as an investment. If we were thinking about profits, this event would have not even entered our minds. But it’s not an event we created in the expectations of receiving anything. This is purely a ‘fan service’ that we thought of six months ago to return all the love JYJ has received so far.”

Aren’t the boys good to their fans?