JYJ and EXO to perform on the same stage 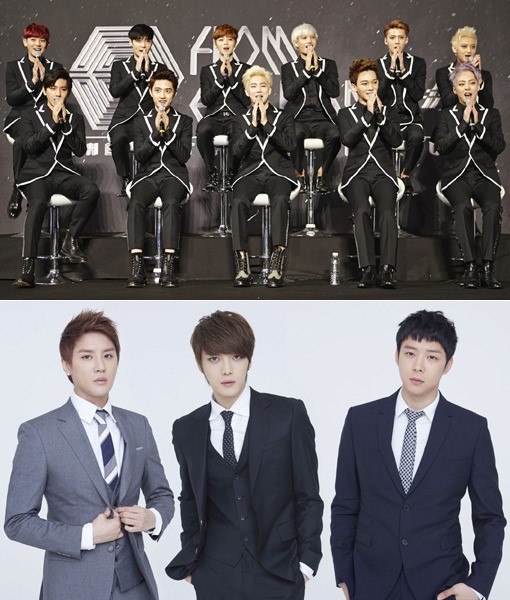 JYJ and EXO will participate in a celebratory performance at this year’s Incheon Asian Games Opening Ceremony at Incheon Asiad Main Stadium on September 19.

Since February, JYJ has been appointed as ambassadors for the Incheon Asian Games and has also recorded its theme song, Only One.  EXO, as one of the leading K-pop groups in Asia, will be performing their hit songs.  The appearance of both artists has further special meaning as SM and JYJ will stand alongside each other after lengthy legal battles.

In 2009, JYJ members Jaejoong, Yoochoon and Junsu filed a lawsuit against SM Entertainment while they were still members of TVXQ.  Both sides filed suits and underwent five years of legal strife.  In late 2012 the suits were settled between the two parties. For this reason artists from the two sides could not have official meetings with each other.

PSY, BIGBANG and CNBLUE will also be performing at the said event.