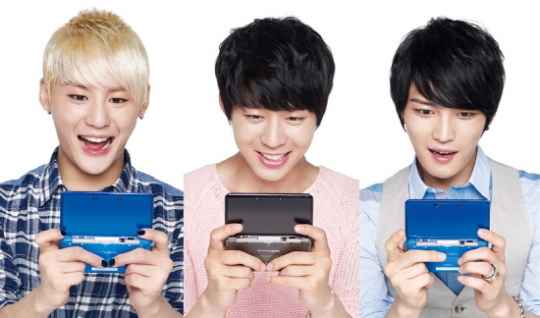 JYJ challenges you to a game of Mario Kart!

As enigmatic and worldwide phenoms, JYJ are no strangers to exciting and fun promotions in Korea. Nintendo Korea recently announced that they have partnered with JYJ for the upcoming special event at Yonsei University on Aug 19. 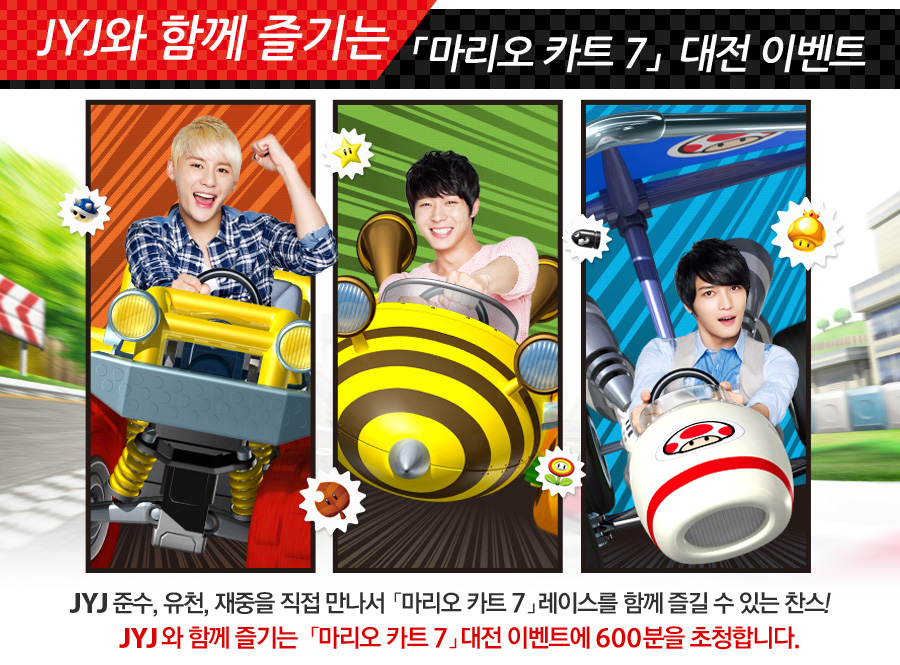 The Mario Kart 7 Competition with JYJ will pit six hundred challengers against one another for the number one spot. The best players from the competition will be able to put their skills to the test against JYJ themselves.

The competition will consist of 600 players and will be slowly whittled down to the winner. One hundred of the earliest eliminated players will  be given a shot at re-entering the competition once the final thirty-two are chosen. Along with the main tournament, Nintendo Korea and JYJ will have other special events planned during the competition.

For more details on the event and how to participate head to Nintendo Korea‘s website.

Hellokpop, as an independent Korean entertainment news website (without influence from any agency or corporation), we need your support! If you have enjoyed our work, consider to support us with a one-time or recurring donation from as low as US$5 to keep our site going! Donate securely below via Stripe, Paypal, Apple Pay or Google Wallet.
FacebookTwitter
SubscribeGoogleWhatsappPinterestDiggRedditStumbleuponVkWeiboPocketTumblrMailMeneameOdnoklassniki
Related Items3DSJYJMario Kart 7Nintendo Korea
← Previous Story D-Unit to hold fan meeting in Japan
Next Story → KeonU leaves LEDApple due to health issues