JYJ has successfully completed the Beijing leg of its Asia tour on Saturday. A crowd of 8,000 fans cheered them on in the Capital Indoor Stadium, after a long wait. JYJ last visited the city as a band in 2011.

The band performed 24 songs, including: Creation, Babo Boy, Let Me See and their title song, Back Seat, as well, from their new album Just Us.

After the press conference, right before the show, Chinese Music Billboard shared a photo of their host Li Chuan with JYJ, sharing their excitement of seeing the three singers and complimenting them as being warm hearted. 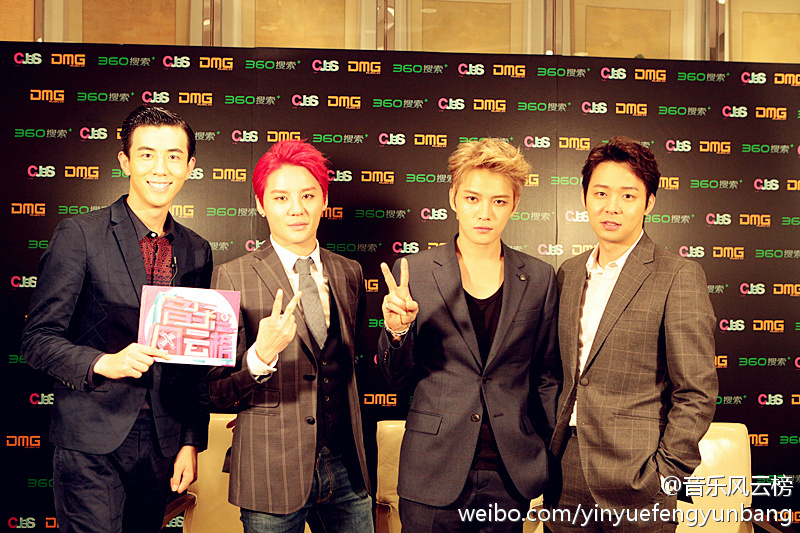 The next stop of JYJ’s Asia tour is Vietnam.