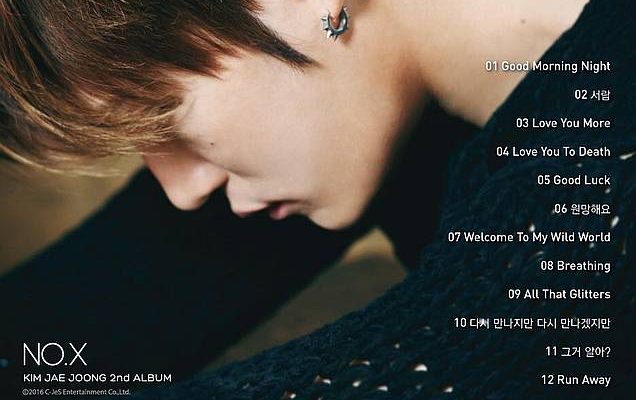 Merely three months since his discharge from the army, JYJ‘s Jaejoong is proving his unwavering popularity, especially in China. The singer’s second studio album ‘No.X’ was named the most popular K-Pop album in the country for 2016.

According to C-JeS Entertainment, the singer’s agency, ‘No.X’ topped the ranking based on album reviews and grades posted on popular media review sites in China. The announcement was made by China’s major video streaming platform Youku.

“Kim is the only solo artist among the singers ranked in the top 10 posts, which proves his unchanging popularity in China,” his agency remarked.

The singer released his second studio album in February 2016 while serving in the military. ‘No.X’ featured various genres such as Brit pop, pop funk, blues, ballad and rock. The album also contained Jaejoong’s compositions such as Good Morning Night, Good Luck, Breathing, Run Away, among others.

‘No.X’ topped iTunes charts of 39 countries around the world upon its release. The album sold over 85,000 copies in 2016, and ranked 27th in Gaon Chart of that year.

Prior to the album’s release, a music video for the track Love No More was uploaded on YouTube.

Aside from the singer’s album achievement, Jaejoong successfully kicked off his solo Asian concerts last March 11 in Hong Kong. Despite the on-going Terminal High Altitude Area Defense (THAAD) dispute between Seoul and Beijing, the singer performed in a sold-out show of 5,000 fans.

The event further proved the singer’s popularity in the region as fans swarmed the airport to greet him upon his arrival. Fans sang I Will Protect You in harmony while waiting for Jaejoong.