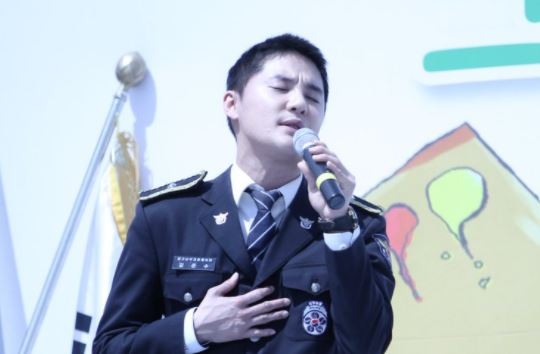 Junsu still devotes himself to performing even when he is serving his national service.

JYJ‘s Kim Junsu recently took part in an army event to promote Hwaseong Fortress on May 20, which is an UNESCO-designated cultural heritage site in Suwon, Gyeonggi Province.

Despite the temporary departure from JYJ due to mandatory military service, the singer is still able to show off his skillful dance choreography in a performance with fellow police performers.

Besides, the idol also sang a song from his musical project titled Death Note. He immersed the audience with his music using his sentimental vocals.

Kim expressed happiness to have the opportunity to perform even when he is in the army.

He shared: “I’ve been performing at a lot of local events since I entered the military, even more than when I was in JYJ. I am grateful to have been invited to this program and spend time with you guys.”