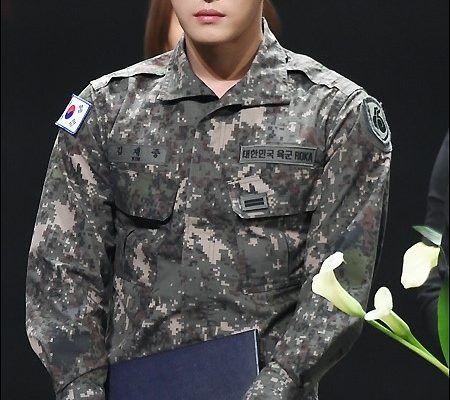 Lucky for Kim Jae Joong’s fans, he will be holding a fan meeting immediately after he is discharged from the military.

It is reported that Kim JaeJoong would be discharged on the 30th of this month, and is scheduled to hold a meeting with his fans on December 31.

The fan meeting will be a time for the fans to have a conversation with the star rather than a performance. The event is scheduled to be held outdoors with 200 randomly selected fans.

The exact time and place will be announced through C-Jes Entertainment’s official homepage. Fans have until December 10, 6pm KST to enter the random selection for the event.

Read for more details on how to participate here.