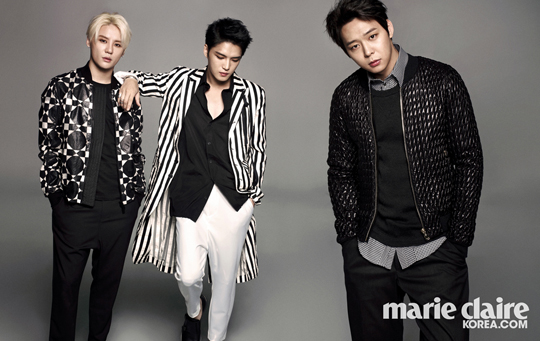 JYJ lands an “all-kill” with Back Seat

Just hours after the release of their brand new album, Just Us, JYJ reached an all-kill by placing first on the Melon, Mnet, Genie, Olleh, Naver, and Cyworld charts with their title song, Back Seat.

Other songs from the album charted as well, including Dad, You There?, Age 7, and Letting Go. The album reflects the boys’ feelings, thus the title, Just Us. They actively contributed to the lyrics of the songs. For example Junsu wrote the lyrics for Letting Go, Yoochun contributed to Dad, You There? and Thirty.., and Jaejoong wrote the lyrics for four songs, including Creation and Dear J. The album contains a song from world-famous singer-composer Chris Brown, titled Valentine.

This is the band’s first full-length album in three years, and also the last one before Jaejoong and Yoochun enlist in the army for their compulsory duty.

Related article: 6 reasons why JYJ’s comeback will have you drooling