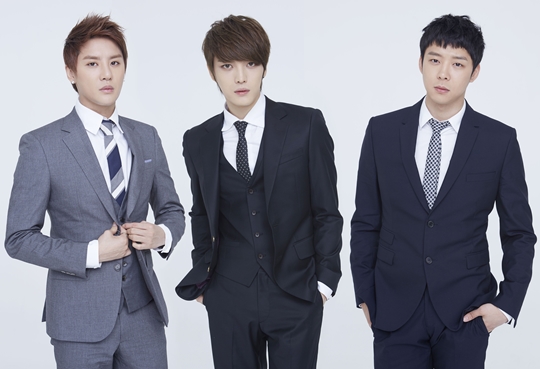 JYJ not notified about the Incheon Asian Games press conference

Earlier we reported that JYJ was set to share the stage with EXO, BIGBANG, CNBLUE and PSY at the Incheon Asian Games opening ceremony in September.

However, an incident happened on 1 July that changed things; JYJ did not appear at the official press conference.

C-JeS Entertainment released a statement in which they clarified that the band and its management were not notified about the appearance schedule, saying “[a] month ago in a meeting, the Organization Committee asked whether JYJ could appear at the press conference, which would cover the opening and closing ceremony. We said we would attend after coordinating the singers′ schedules. The Committee didn’t contact us after that, and we did not receive any notice about the press conference held today.”

C-JeS Entertainment expressed that they explicitly asked the committee to consider the painful events the band has had to suffer so far (referring to, for example, the JeJu New7Wonders of Nature event, where JYJ was notified of cancellation one day before a scheduled appearance), and make sure that such mishaps would not be repeated during the games’ promotion.

The upcoming performances from EXO and JYJ at the games has further special meaning as SM and JYJ will stand alongside each other after lengthy legal battles.

In 2009, JYJ members Jaejoong, Yoochoon and Junsu filed a lawsuit against SM Entertainment while they were still members of TVXQ.  Both sides filed suits and underwent five years of legal strife.  In late 2012, the suits were settled between the two parties. For this reason, artists from the two sides could not have official meetings with each other.

JYJ was appointed ambassadors to the Incheon Asian Games last year, and recorded its theme song, Only One, as well.