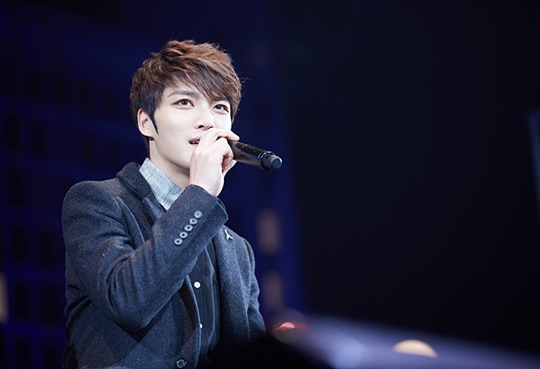 The enlistment day for JYJ’s Jaejoong is approaching, as the idol has been confirmed to join the army at the end of this month.

On March 4, C-JeS Entertainment announced the enlistment date for Jaejoong, which is on March 31, marking him as the first member of JYJ to join the army.

Jaejoong is reported to be spending the remaining time with his beloved fans, giving them the last chance to meet him through a fan meeting before his enlistment. As previously reported, the singer-actor will be holding his fan meeting concert, titled 2015 Kim Jae Joong Concert in Seoul [The Beginning of The End], at Korea University’s Hwajung Gymnasium on March 28 and 29.

In other related news, Jaejoong is currently starring in KBS2’s drama Spy, which is also his last acting project before departing the civilian world.