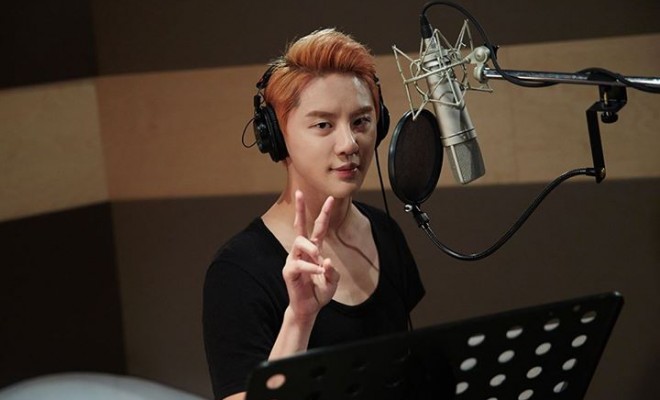 After confirming the exact release date for his coming mini album three days ago, JYJ‘s Junsu keeps getting fans pumped up by revealing that the album’s lead track will be a ballad, titled Certainly Yesterday.

Certainly Yesterday has been confirmed as the lead single from XIA Junsu’s new mini album, set for release on October 19. The ballad track, which features a melody and lyrics with a lyrical feel and XIA′s intensified emotional voice, will color this fall season.

Junsu, who possesses emotional yet strong vocals, has released a variety of ballad songs through his album and OSTs, namely Love is Like Snow, and I love you. However, this is the first time for a ballad track to become the lead single of his album. Written by singer-songwriter Lucia, who also penned the lyrics for many hits such as Sakura Moment, Cactus, and Any Day, Any Word, Certainly Yesterday is expected to be an impressive love song for this autumn with sincere lyrics and striking melody.

Talking about the collaboration between composer Lucia and JYJ’s Junsu, a source reported:

The two artists′ chemistry during the recording was excellent. It′s no exaggeration to say that Lucia′s detailed producing and XIA′s vocals have blended to give birth to a classic that will represent this fall. As warm as the atmosphere was, we saw good results, and you can look forward to the two individuals′ novel chemistry.