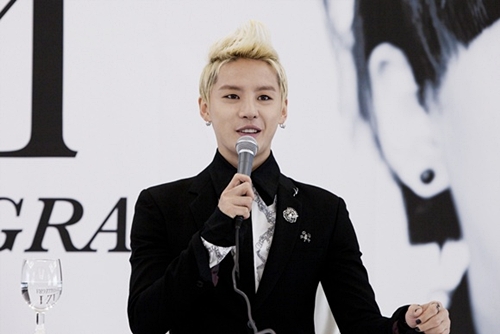 JYJ’s Junsu talks about his experience in the US

JYJ‘s Kim Junsu, has been working productively on recording and filming throughout his time spent in Los Angeles. His short stay passed quickly and Kim experienced many new things while working with Marc Kalsfeld and Sony Music’s Bruce Vanderveer.

Kim shared that the US system of working differed from Korea and elaborated on his experience while working with Kalsfeld and Vanderveer. He said, “Working on my music in the US is difficult but fun. The system they have that always allows artistes to develop their thoughts and express their opinions has left a deep impression on me. Composer Bruce Automatic is very energetic about what he does, so he made working with him that much more lively and energetic. I think the song came out alright. Filming a music video here is a little different from filming a Korean music video. I was a bit shy acting in front of all the American staff members.”

Kalsfeld and Vanderveer also expressed their thoughts on working with Kim. Both revealed that they were content with Kim’s cooperation during production and complimented him on his capabilities and zeal.

Kalsfeld said, “Kim Junsu can think quickly on his feet and his eyes shine. He kept the atmosphere lively on location so I had a great time during the whole process. I’ve wanted to work with him since watching his ‘TARANTALLEGRA’ music video on YouTube, and I’m glad that I’ve had the opportunity to.”