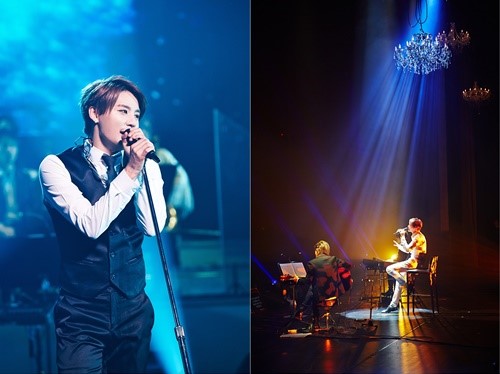 On March 30 and 31, the tour, titled 2016 XIA THE BEST BALLAD SPRING TOUR CONCERT vol.2 in JAPAN, took place at the International Forum Hall in Tokyo, Japan. It received much enthusiasm, attracting huge turnout of about 15,000 fans.

During the concert, Junsu captivated fans with his sweet sentimental vocals and live performances. He played as character L, and performed his popular musical dubbed Death Note, which was selected as the best musical of the year at the 2016 Edaily Culture Awards. 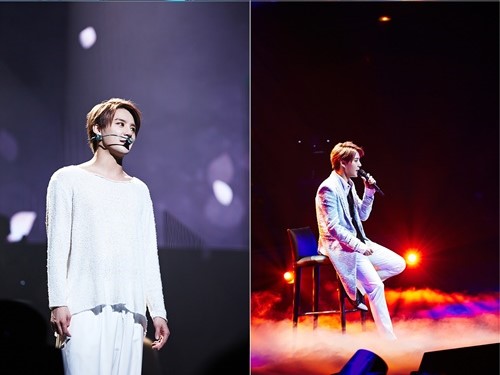 A concert’s staff expressed the admiration for Junsu and complimented him, saying: “There was an explosive reaction toward L’s stage since the character received great popularity in Japan. Particularly, Kim Junsu’s remarkable expression and subtle acting increased the completeness of performance and made the performance just like watching a musical stage. Local staffs were surprised by his powerful energy and stage presence and it served as a momentum of proving his position in the musical industry once again.”

In addition, the singer satisfied fans by singing Japanese ballad songs, including Get The Groove (by Japanese singer Fukuyama Masaharu) and The Person Other Than You ( by girl group DEEP). Notably, he transformed into a band conductor and led a 30-musician orchestra.

Meanwhile, the celebrity also showed his closeness to fans, by giving them high five, as well as sending love messages to the audience, as quoted, “Dear my fans, you are always so beautiful. Thank you so much. Your presence serves a great energy for me. I am getting so thankful energy from today’s concert. My fans are really pretty and beautiful.”