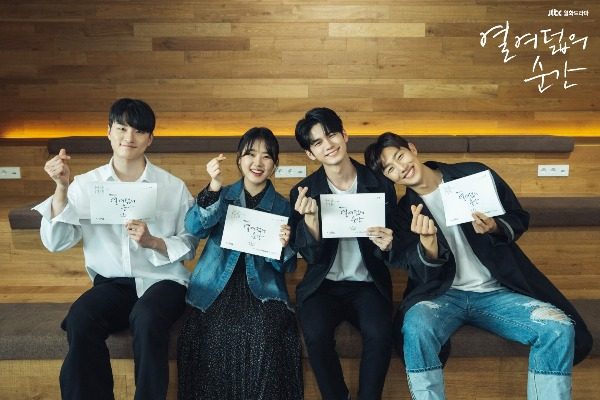 The stars of the network’s newest coming-of-age drama gather for its script reading session. 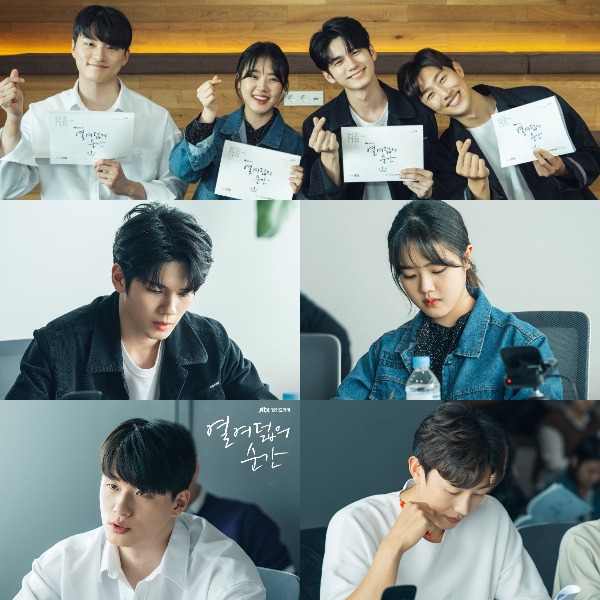 Eighteen Moments follows the stories of youths as they face prejudices and deal with maelstrom of emotions even in mundane situations. The drama aims to depict real and deep emotions as experienced by young adults these days.

Prior to the table read,, Director Sim Na Yeon (School of Hip Hop) thanked the actors for their passion and cooperation. She promised to do her best to make good work with the drama. Writer Yoon Kyung Ah (Ms Perfect) said, “I wish I could make a good work that will be memorable for all of us.” The writer added that it is an honor to work with Director Sim Na Yeon and great actors.

Ong Seong Wu, cast in his first leading role, plays eighteen-year-old Choi Joon Woo. His character is used to living alone and not good in expressing his emotions. During the session, Seong Wu has completely immersed into his character and was able to express difficult feelings as Choi Joon Woo integrated into the lives of the other characters.

Kim Hyang Gi (Along with the Gods) portrays Yoo Soo Bin, an honor student who is under her mother’s control. She does not have specific dreams or ambitions for her future, except to be free of her mother’s reign. Actress Kim Sun Young (Her Private Life, Romance is a Bonus Book) plays Yoo Soo Bin’s mother. Kim Hyang Gi and Kim Sun Young displayed perfect mother-daughter chemistry during the table read. 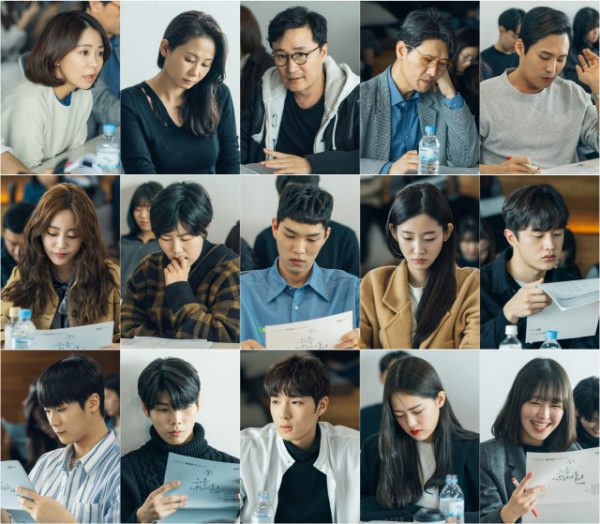 Rounding up the main youth roles, is rising actor Shin Seung Ho who will play Ma Whi Young. He is a boy who appears perfect and strong outside, but is dealing with a complex. He is also nursing an inner pain, pain in addition to his complex. The young actor said, “It is an honor to meet with wonderful seniors and fellow actors”.

Kang Ki Young (My Secret Terrius) What’s Wrong with Secretary Kim) takes on the role of Oh Han Kyeol. A teacher who will grow as a person and an educator. His continuous interactions with Joon Woo, Soo Bin and Whi Young, help in his growth process. The experienced actor praised the chemistry of Ong Seong Wu, Kim Hyang Gi and Shin Seung Ho. He said they added unique energy to the drama.

Eighteen Moments will air on jTBC and eyes its first broadcast in the second half of 2019.