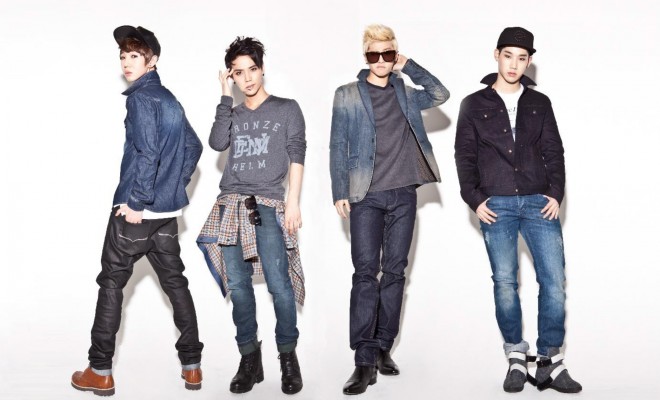 Press release: K-Much is a four-member South Korean boy band which debuted in 2014 under Chrome Entertainment. The group consisting of four members; Kiu, G.Low, BornUs and Ato, debuted on 7 January 2014 with the release of its first mini album Beyond the Ocean.

Although the group’s English name has always been K-Much, their original Korean name was Gamulchi (가물치), which translates to snakehead. The snakehead fish is a popular health food in Korea, and symbolizes longevity. The Korean name of the group was changed to K-Much (케이머치) later on in August 2014.

K-Much was much anticipated even before their official debut, for they are under the same label with cheery girls of Crayon Pop, which is famous for their song, Bar Bar Bar. Their first mini album Beyond the Ocean consists of three tracks namely What Should I Do, I’m Sorry and the single, Good to Go.

K-Much has also participated in the first Chrome Family project, a digital single album titled 2014 Chrome Family – A Very Special Christmas. The album was released on 3 December, as well as a music video for the single, Love Christmas.

K-Much has finally got a chance to meet their fans in Malaysia for the first time ever on this coming January 2015 with K-MUCH 1st Showcase in Malaysia presented by New Pro Star.

Malaysia Fans of K-Much can seize this opportunity to support the boys.