K-pop Expansion: How To Stay Both A Successful Student And Invested Fan

How to Stay Afloat When There’s Another K-pop Comeback 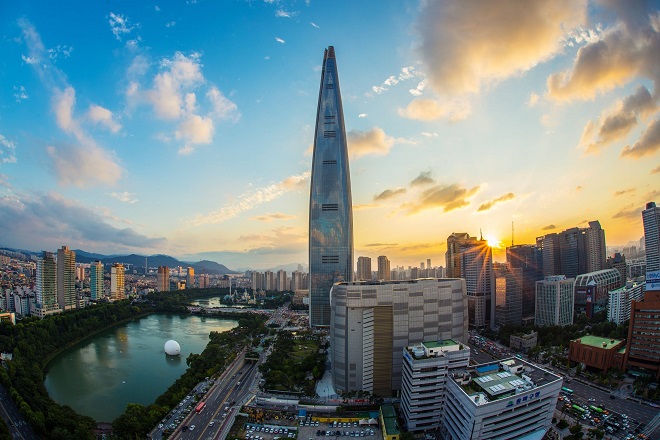 Getting into K-pop is like learning how to swim. At first, you listen to what the people around are telling you, take a few careful strokes to test the waters, and then dive head in, suddenly immersed so deep that you barely have time to catch a breather.

That is an exaggerated take on it, of course. But the fact of K-pop getting overwhelming is not unfamiliar to fans who tried stepping out of the comfort zone of following just one group at least once.

It’s just so hard to resist! There are so many talented idols out there, and every one of them is unique and brilliant in their own way. It’s a wonder to observe how a promising rookie group goes from debuting to getting their first Music Bank win and then — to dominating the charts with their singles and winning a Daesang.

And there’s so much work involved! You watch shows and V LIVEs, stream the songs, and vote for awards, always hoping to bring your favorite idol another joy of breaking a record or getting an All-Kill. At times, you even have to solve a puzzle with over 2,000 pieces!

Some people choose to stick with one group, of course, preferring to dedicate all their attention to the success of a single artist. Yet, for most K-pop stans out there, that doesn’t sound like an option. What to do when your studies or work are breathing down your neck, but someone is preparing another comeback? Let us explore a few ways!

Organizing Your Life to Have It All

Knowing how to balance all your responsibilities and hobbies is always an important skill to master, but it becomes a necessity when you get into a group consisting of 21 members and counting and several units, each with their own promotion and appearance dates. There are a few tricks from veteran fans, and we gathered the most effective ones!

This one is crucial. You can basically quit reading this article after this paragraph if you’re sure you can control your urges to drop everything when there’s a notification for a new video or a tweet from your bias.

Self-control is all about remembering what is actually contributing to your future as a functional member of society, and what is just a fix of your favorite emotional support k-pop boy that can, objectively, be taken later, when everything vital is dealt with. Sounds depressing, but think of it like this: you can watch that video or listen to that song after you’re done with homework and treat it like your reward!

When you are young, knowing what your favorite group is up to feels like the most important thing in the world. Newsflash — your education and future are kind of crucial for you to take care of. More crucial than watching a clip of Yeontan playing with Taehyung’s hand. Yeah, brutal — but that’s how it is.

It seems fun to sit in class with one earphone in and listen to your favorite title track on repeat when your teacher is explaining a new topic, but such a mentality can lead to your grades decreasing, your attention span shortening, and your motivation for improving dropping drastically.

Sometimes (most of the time, tbh), it’s more important to write that essay than vax poetics about Seulgi’s eyelashes on Twitter. You could always, of course, use high school essay help for your studies, but that one still won’t last forever.

It’s hard to quit cold turkey, so try compromising at first. For example, you see that someone posted a new video, or there is a new article about some idol you want to read. Set a limit of, let’s say, five minutes for yourself. If the activity takes more than that — put it off for when you’re free. And no cheating! Practicing self-control, remember?

So — lock your phone and remember that you still need to graduate!

Being a K-pop fan means always being aware of what time it is in Seoul. The time difference issue is well-known to every international fan. It’s one thing when it’s a convenient time for you (when the midnight in Korea hits and the major news get announced), but how to act when BTS fly to Grammys, and the broadcast is set to air at three o’clock on a Monday morning?

The examples are endless. Various shows get aired at hours that are inconvenient for the fans from the other side of the world, and the music award season sounds like a nightmare you still somehow want to live through.

Learn to pick your battles. Is your favorite performing or are they just attending? Is catching a glimpse of them in the crowd really worth losing sleep over? Is it a school night? Can’t you just watch the clips of them the next morning, when they will inevitably be posted by other fans or fansites? You definitely can.

Compromise. Such big awards events as MAMA usually have several dates, with each day dedicated to a different set of artists. Choose the ones you simply must watch because your bias are scheduled to appear. You should skip the others, catching up on the results when you wake up.

If you really want to check someone out but still need a healthy amount of sleep, find out the time they will be on. Some update accounts post approximate schedules of each group performing, so you can wake up for half an hour to watch their stage and then go back to sleep.

Ah, the joy of ordering an album and pulling your bias’ photocard! Who would’ve thought that a simple piece of paper with a picture of an idol can make one so happy and ecstatic? And finally getting the lightstick and watching in awe how it shines in your favorite group’s colors is indescribable!

But this piece of happiness is not the cheapest one. It is nice when your parents support your interests and provide you with an allowance to keep updating your collection, but not every fan is so lucky. Some people have to spend the money they earn themselves on all those cute accessories and physical albums.

It’s hard to quit buying stuff, mainly because it’s another way to support your group, but nobody says you have to cut it out completely. Just approach it responsibly! Every month, compile a budget for absolute necessities like groceries, rent, and bills (if you’re providing those for yourself) and count how much you can spare for your hobbies. And here you have your “K-pop money!”

And remember — if you don’t have as many albums or as much merch as your friends, or if you have nothing at all — that’s completely okay. It doesn’t make you any less of a fan. As long as you support your favs with comments or views, or by simply streaming their music — you’re a valid member of the fan community, and don’t let anyone tell you otherwise.

The bottom line here is — no matter how pivotal it feels to check out the new content the second it drops, the world doesn’t end if you put it off for a few hours until your homework is done. No matter how much you feel that you need to have that one rare concert slogan, you need to live comfortably and eat healthy. No matter how annoying your parents and teachers might sound, trying to get you away from your computer or phone, they want what’s best for you and your future.

Prioritize and organize. That new comeback MV won’t disappear in the next three hours while you’re finishing up your research paper. Think about your future first and treat K-pop as a hobby rather than a lifestyle. Fighting!

Hellokpop, as an independent Korean entertainment news website (without influence from any agency or corporation), we need your support! If you have enjoyed our work, consider to support us with a one-time or recurring donation from as low as US$5 to keep our site going! Donate securely below via Stripe, Paypal, Apple Pay or Google Wallet.
FacebookTwitter
SubscribeGoogleWhatsappPinterestDiggRedditStumbleuponVkWeiboPocketTumblrMailMeneameOdnoklassniki
Related ItemsK-pop
← Previous Story Big Hit Entertainment Introduces New Co-CEO Yoon Seok-Jun
Next Story → IU And Yeo Jin Goo Pair Up For Fantasy Romance Drama “Hotel Del Luna”