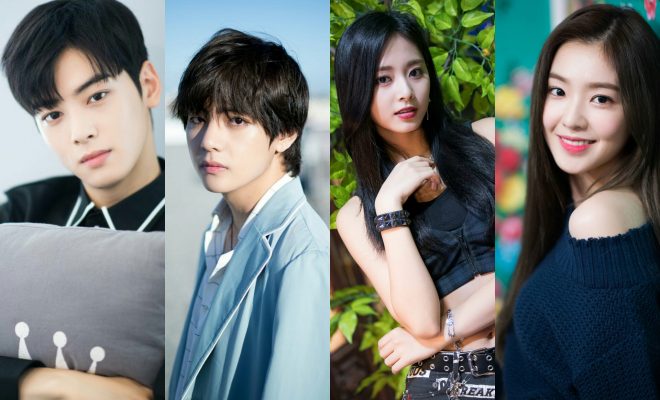 It’s normal to hear fans voting on polls for their favourite K-Pop idols – but what about idols voting for their fellow idols themselves?

Various K-Pop idols took the time to crown their own fellow idols in several categories, including K-Pop’s ultimate face geniuses! 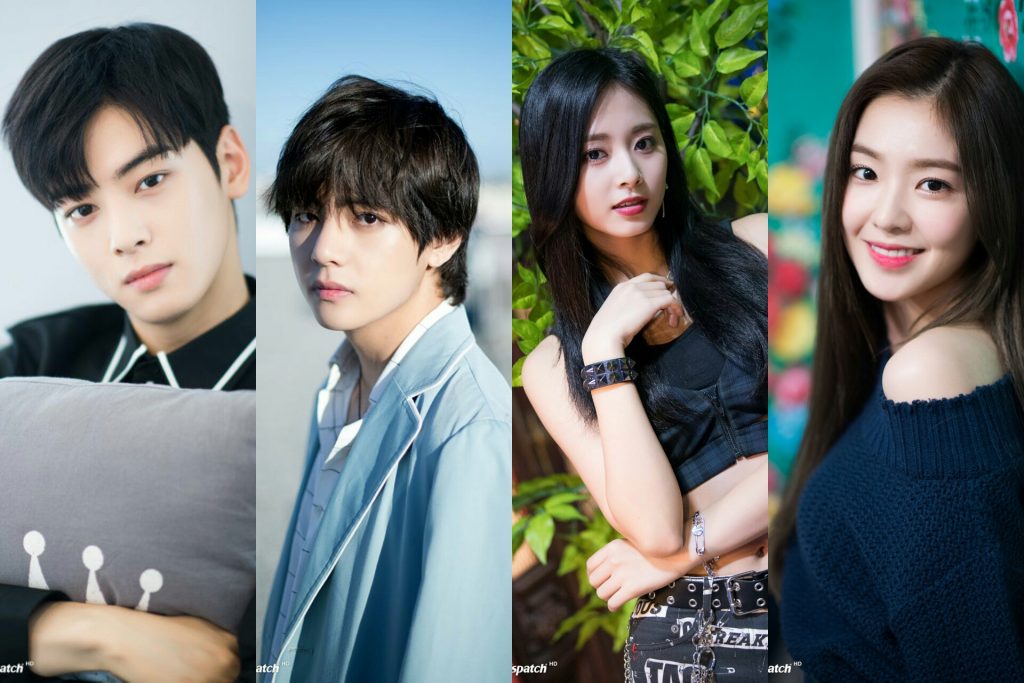 Ilgan Sports asked nineteen groups – or a total of 141 artists – for a survey where they rank their fellow idols in several categories for the year of 2019.

The groups which participated in the massive idol poll were GOT7, BTS, MONSTA X, SEVENTEEN, Stray Kids, Wanna One, iKON, SF9, IMFACT, and NU’EST.

Girl groups MAMAMOO, (G)I-DLE, GFriend, TWICE, Cherry Bullet, BLACKPINK, and MOMOLAND took part in the poll as well. Lastly, Chung Ha was the only soloist who voted in the survey.

Among the categories these idols voted on were the Male and Female Face Geniuses, where they named a fellow idol whose visuals take even their breaths away.

Coming out on top for the male idol whose visuals are the most outstanding for his fellow idols is ASTRO’s vocalist Cha Eun Woo. The singer-actor garnered a total of fourteen votes, which catapulted him to the very top of the list. 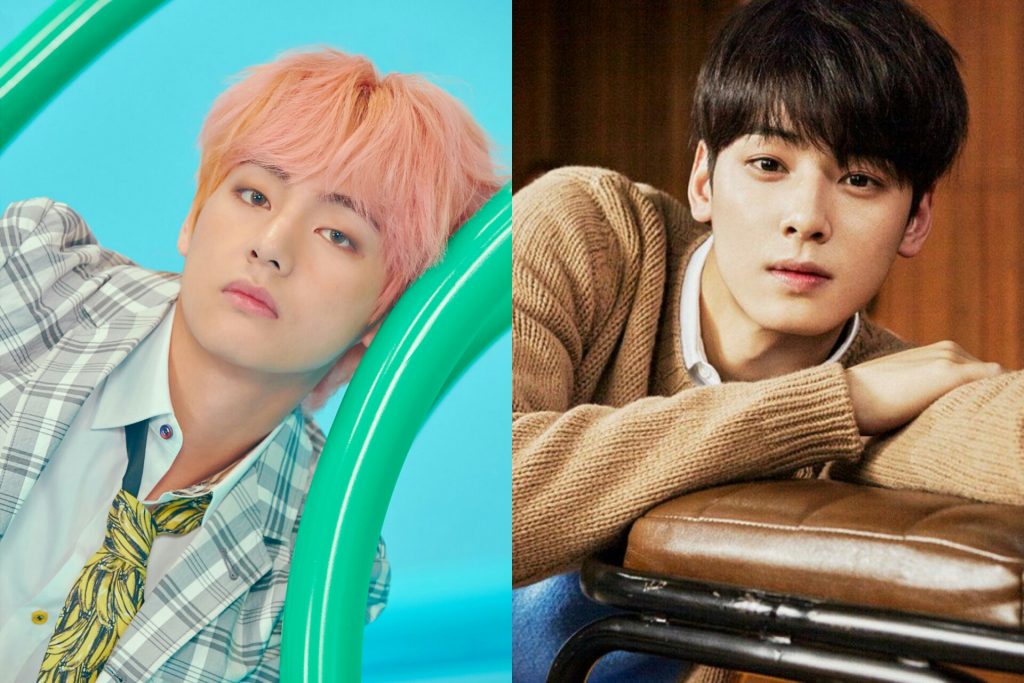 Landing on the second place is BTS’ V, who received a total of nine votes. He is closely followed by NU’EST and former Wanna One member Hwang Min Hyun with eight votes.

Meanwhile, GOT7’s charismatic singer-actor Jin Young made the fourth place solely his with six votes. Lastly, MONSTA X’s Hyungwon and The Boyz’ Jooyeon tied up at the fifth spot after receiving four votes each.

TWICE’s Tzuyu dominated the land of visuals for female idols as she emerged with a total of thirteen votes. 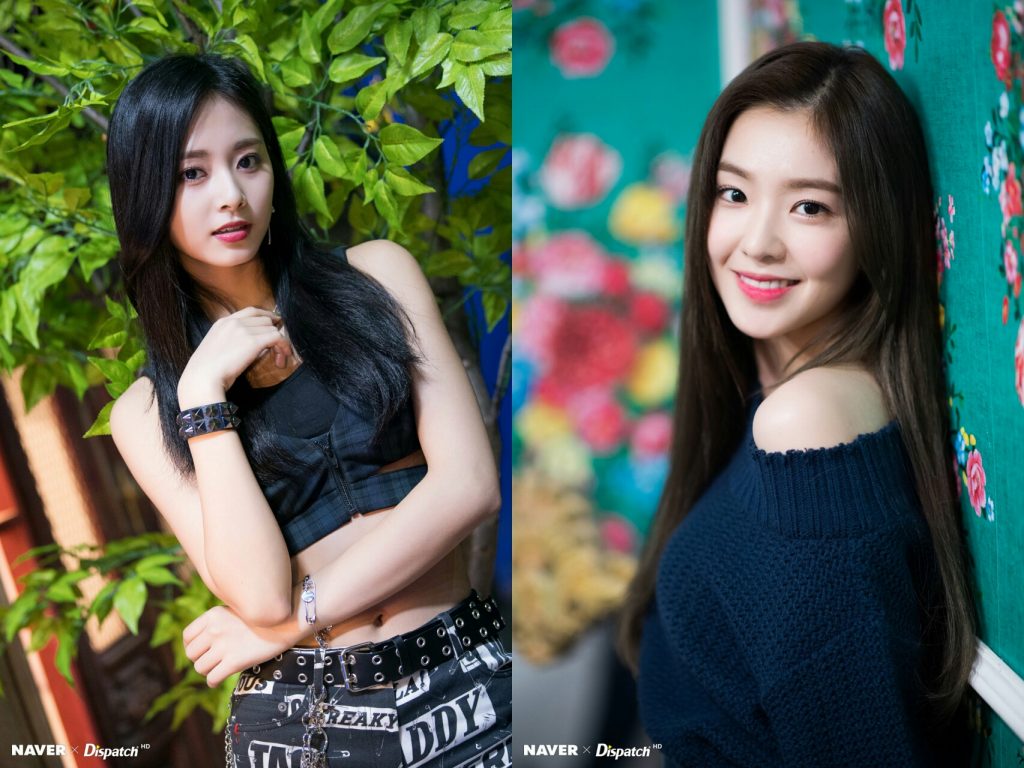 Red Velvet’s Irene followed her, who received a total of ten votes. Meanwhile, the first tie for the category happened with TWICE’s Sana and IZ*ONE’s Jang Wonyoung both landing at the third place with six votes each.

SNSD’s Yoona and her ethereal and ever-lasting beauty took over the fourth spot on her own with five votes. Lastly, two BLACKPINK members, Jennie and Jisoo, shared the fifth place after getting three votes each.

Do you agree with the results from the various K-Pop idols’ votes? Let us know by leaving a comment below, giving us a holler on Facebook, or tweeting us at @hellokpop!

Hellokpop, as an independent Korean entertainment news website (without influence from any agency or corporation), we need your support! If you have enjoyed our work, consider to support us with a one-time or recurring donation from as low as US$5 to keep our site going! Donate securely below via Stripe, Paypal, Apple Pay or Google Wallet.
FacebookTwitter
SubscribeGoogleWhatsappPinterestDiggRedditStumbleuponVkWeiboPocketTumblrMailMeneameOdnoklassniki
Related Itemsastro cha eun wooBlackpink jennieblackpink jisoobts vgot7 jinyoungHwang Minhyunidols vote idolsiz*one jang wonyoungmonsta x hyungwonred velvet irenesnsd yoonathe boys jooyeontwice sanaTWICE Tzuyu
← Previous Story Park Ji Hoon Is The Fifth Member To Debut In Second Boy Group From “YG Treasure Box”
Next Story → Cha Tae Hyun’s Daughter Steals the Show In The Recent Episode of “1 Night 2 Days”