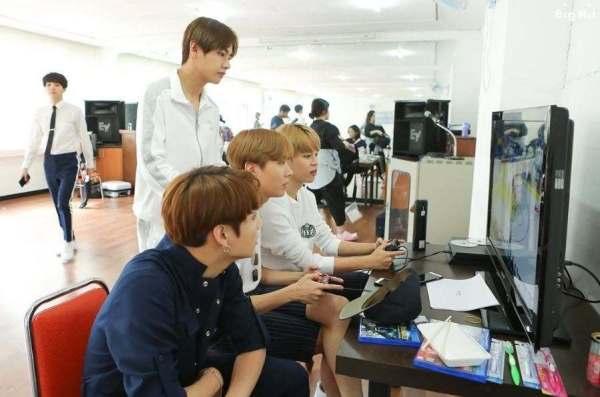 Pop music and gaming are both wildly popular in South Korea, especially among young people.

Events such as concerts or e-sports tournaments provide them with a chance to see their heroes in person and meet other fans to connect with. Many gamer dating takes place not only in the virtual world but also at gaming festivals. That’s why it comes as no surprise that numerous musicians, including the most celebrated idols, enjoy playing video games daily. Here is a list of some famous musicians doubling as gamers:

Singer of the K-Pop band Day6 may have grown up in the USA, but he has a typical Korean passion for high-paced games. Jae Park is known among his colleagues for his gaming talents almost as much as for his music and good looks. He frequently competes against other musicians in both League of Legends and Fortnite and has a reputation as a fierce opponent. As he continues to get new gigs as a singer, streamer, and actor, it remains to be seen whether he will be able to play as much in the future.

Hwasa – A taste for old-school games

This young singer and songwriter gained fame with the band Mamamoo in 2014 and have since forged a stellar career that includes multiple solo projects. In addition to her artistic talents, Hwasa has an obsession with gaming and even keeps a coin-operated arcade machine in her home. She was also associated with the launch of the Sims 4 simulation game, potentially opening inroads into this industry as well. At the very least, we have to admit she has great taste in the choice of games.

In addition to performing as a part of Monster X, charismatic Lee Min-Hyuk is quickly building a career as an MC and TV personality. When he does not entertain large audiences, he spends every free hour glued to his computer playing his favorite game – Overwatch. It is a team-based game that requires close cooperation, which comes naturally for one of the main contributors to a collective musical project that’s been continually producing new material since 2015.

Ye-eun – Femme fatale with a mobile in her hands

Girls play games just as much as boys in Korea, and Ye-eun from Wonder Girls is a perfect example. This beauty has been a fixture on the K-Pop scene for more than a decade, and her solo career is advancing very well after her original group disbanded. She is also frequently seen lost in a game on her mobile phone, and she’s quite competitive about it. Her favorite game is Overwatch by Blizzard, so you have to admit she doesn’t fall for the girly stuff, either.

One of the dozen members of the girl group IZ*ONE and a part of the Japanese band HKT48, Sakura Miyawaki has a bright future in the entertainment world. However, she is also one of the most dedicated gamers among all K-Pop idols and even has her own gaming-oriented channel on YouTube. She is quite good at Fortnite and a couple of other games, including Undertale and APEX Legends. In fact, she can be seen as a frontrunner in the sense of being a true crossover personality that feels at home with games just as much as with music.

It takes much energy to be good in one thing, so it isn’t easy to understand how Heechul of Super Junior fame manages to do so many at once. Not only is he successful as a singer and radio/TV host, but he also has a serious passion for League of Legends. Heechul frequently attends international tournaments and competes in celebrity events, where he demonstrated enviable skills. He also sometimes broadcasts his gaming exploits on his own YouTube channel.

Gaming is a great outlet, even for K-Pop stars

Everyone must step away from the daily routine for a while, and for many people, gaming provides a safe and comfortable outlet for that. It’s also a great way to meet new people and interact with them, which probably explains why so many K-Pop idols love to go online and do battle.