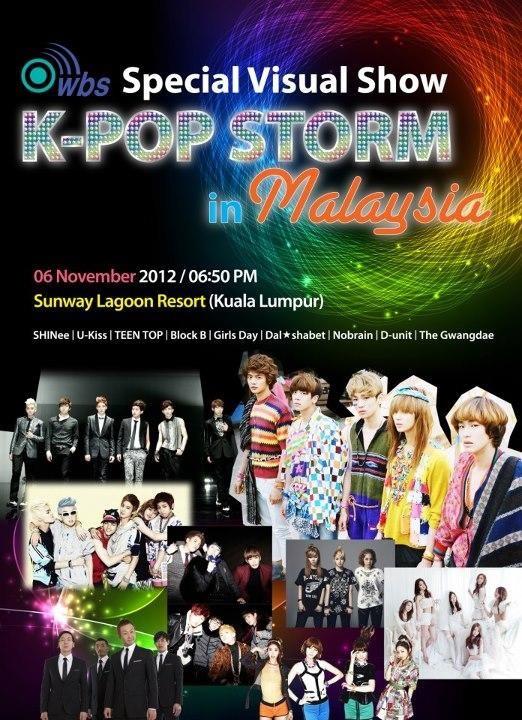 The Hallyu Wave continues to sweep through Asian countries especially Malaysia. It has already been confirmed that a big number of K-Pop artistes will be making their way down to Malaysia in the upcoming months.

A K-Pop concert entitled, K-POP STORM in Malaysia, was recently announced to be held in Sunway Lagoon Resort on November 6, 6.50PM. The news was revealed along with a poster, stating the line-up for the event; SHINee, U-kiss, TEEN TOP, Block B, Girl’s Day, Dal★Shabet, Nobrain, D-Unit and The Gwangdae. K-POP STORM in Malaysia is another major K-Pop concert after the Korean Music Wave took place in 2011.

K-POP STORM in Malaysia is brought to you by WBS. For more details of the show, stay tuned to hellokpop! Don’t forget to check out the greeting videos from U-Kiss and Girl’s Day below: