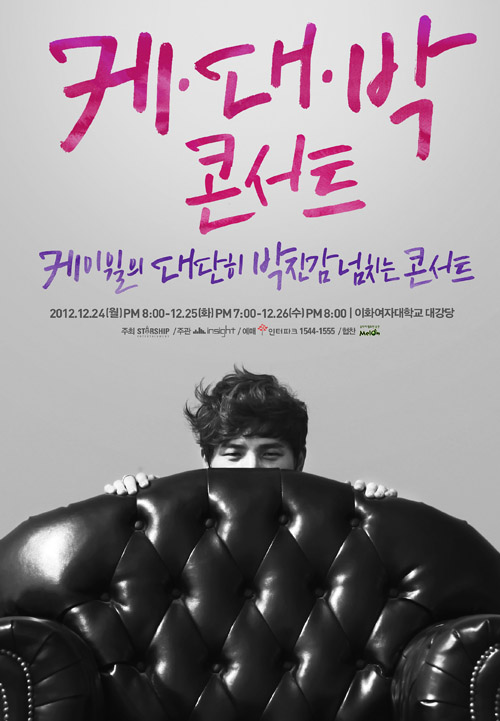 K.Will adds another date to sold out concert

K.Will‘s concert will mark this year’s 4th Christmas concert, and it has been reported that the tickets have already sold out. Due to the hot reaction, there will be another an additional concert to be held on December 26. For the fans who were saddened for not being able to obtain the tickets, they have added another date, as requested by fans. Having sold out his seats for the concerts on December 24 and 25, this marks his 3-year consecutive all seat sold out record.

K.Will’s concert is titled, K-Dae-Bak Concert (케 대 박 콘서트), which stands for “K.Will’s Amazing Concert”. The concert will showcase genres such as ballads, dance, R&B and hip-hop to show his versatility and skills to perform various genres.

His agency mentioned their gratitude, “As we have accepted the request and opened one more concert for the 26th, we’re very thankful for the high rate of how many people search for our concert. To pay back that, we will do our best to have the best stage prepared.”

In related news, K.Will has received the Best Vocal Performance Solo Award at the MNET 2012 MAMA which was held on November 30.