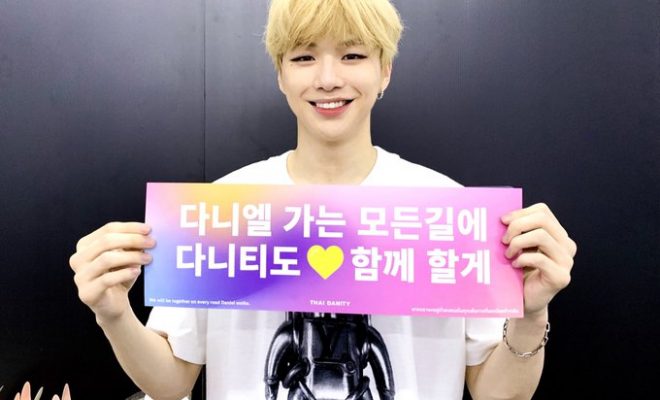 Kang Daniel painted the horizon of Bangkok with beautiful rainbow colors as he happily greeted his Thai DANITYs!

Kang Daniel successfully completed his recent fan meeting in Bangkok by making beautiful memories with a whopping total of 8,000 fans! 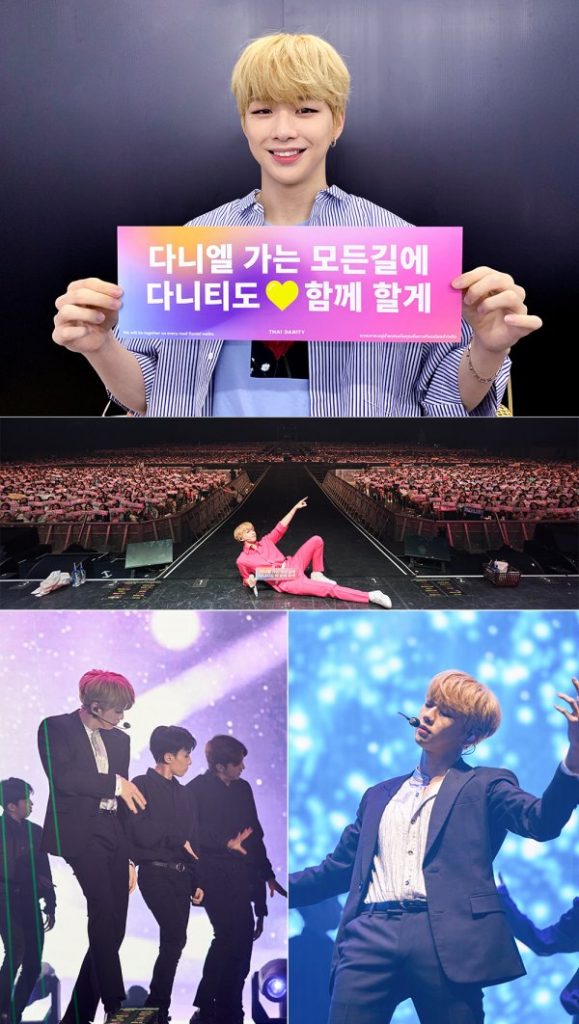 Standing on the Bangkok stage on his own for the very first time, the idol opened his fan meeting with a performance of “Intro (Through The Night)”. He then showed off his various colors as a performer with live stages of his first-ever solo album’s hit title track “What Are You Up To?”, as well as his other songs “Color”, “Horizon”, and “I Hope”.

Along with the spectacular stages of songs from his solo debut album Color On Me, the idol prepared a variety of corners that his local fans enjoyed a lot. Additionally, he prepared a special stage of Justin Bieber’s “Sorry” for his Thai Danity who showed an amazing response to all of his performances.

The venue was reminiscent of a concert hall, captivating the eyes and ears of fans – and even the crowd itself gave off the energy from a full-fledged concert. Additionally, Kang Daniel’s Color on Me fan meeting in Bangkok was marked sold out as soon as ticket sales opened. With this, they even opened additional seats for the show immediately, increasing the crowd to 8,000 people.

Thai Danitys’ excitement for the event also showed as they sang along to the music that had leaked out of the venue from the rehearsal before the actual performance began. As soon as the fan meeting started, they responded hotly to all of Kang Daniel’s actions.

In addition, they also had an opportunity to get closer to the idol through the corners of the Olympic relay games and interviews. From taking selfies to learning Thai, Daniel filled the fan meeting with colorful corners.

In return, he received a surprise video message prepared by local fans in Bangkok. “Thank you so much for being able to fill the venue with cheers all the time. See you again,” he told the crowd with so much gratitude as he wrapped up his second overseas fan meeting as a soloist.

READ: Kang Daniel Dances In The Rain For “What Are You Up To?” Special Video