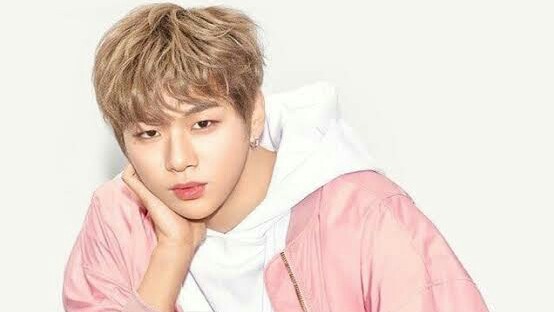 We are all here with you, Kang Daniel.

KONNECT Entertainment announced on December 4 that Kang Daniel will be putting a break on his promotions after informing fans about his battle with depression and panic disorder.

One of the kindest and most humble idols in the current K-Pop scene has announced his temporary break as he opened up about the state of his mental health.

“Beginning from the first half of the year, Kang Daniel visited the hospital after experiencing poor health due to a weak immune system and psychological anxiety. After being examined by doctors, he was diagnosed with depression and panic disorder. He has since continued to focus on receiving treatment through psychotherapy and medication,” KONNECT Entertainment informed fans through an official statement.

“Though he did his best to stay grounded and not falter in a constantly changing environment despite his condition, he recently showed more severe symptoms of anxiety. Because of this, we decided that getting sufficient rest and stability is the most important for the artist’s health and safety,” they added, expressing their recent decision concerning the artist’s health condition.

The agency then announced that they had cancelled the pre-recording for his appearance on MBC’s Show Champion, which was scheduled to take place in the morning of December 4. They also added that it will be difficult for him to carry out his upcoming activities normally, and thus, he will be halting promotions for the meantime.

“Honestly, it is difficult to continue promotions for his digital single “Touchin'” in this situation,” KONNECT Entertainment added, apologizing to fans, broadcasting stations, media outlets, and more for causing worry due to the sudden news.

“We will do our best to help Kang Daniel recover his health, and we will also keep in mind the responsibility given to an agency to protect its artist. Additionally, we ask you to refrain from making speculations and causing misunderstandings regarding the artist’s health and future activities. We will keep you informed about the process of his recovery,” the agency concluded, asking fans to support Daniel until he can return healthily.

Following KONNECT Entertainment’s announcement, fans expressed their love and support to the multi-talented idol. Going up on Twitter’s top trending worldwide immediately, the hashtag #WeAreWithDaniel was filled by DANITY with messages of encouragement for the singer-rapper-dancer, as well as asking him to rest well and not to worry because they will always be right by his side.

This is also in response to his recent posts on fan cafe, where he expressed his true feelings about him having a difficult time while enduring hate thrown towards him. Speaking up about the cyberbullying he faced, the singer heartbreakingly shared that he knows about everything people say about him both as a soloist and back when he was a part of Wanna One, adding that he has been afraid of any news report that includes his name and that he is “too tired now”.

With this, fans shared how he gave them a reason to keep on going with life and how he served as an inspiration to them. Indeed, he had touched many lives, and DANITYs will not let him forget about it especially in these tough times.

always thankful for daniel
always be by daniel’s side❤️#WeAreWithDaniel#강다니엘_사랑해 pic.twitter.com/iBxc070eld

Please help me retweet so I will have more chances that he might read this. Please help me save the person who saved me before. #WeAreWithDaniel @danielk_konnect I love you l. Please stay with us. pic.twitter.com/F8fciYuxpc

Our Daniel, I want to say to you how we love you so much. Please, don't care about those criticisms. Niel ah, we always beside you.
#WeAreWithDaniel pic.twitter.com/nwmTwztlkW

To @danielk_konnect, Before we were Danity, We were No – Names, We are here Before, We are here, Now and We will still be here for you Till the End. #WeAreWithDaniel#강다니엘_사랑해l pic.twitter.com/ruTUBbYChK

Our Beautiful ANGEL.
You are so strong.
Take a break from now and Heal yourself first.
We will wait for you with open arms and cheer the loudest when you finally return.
You are an IMPORTANT person and LOVED by Millions.
Always remember that.?#강다니엘_사랑해 #WeAreWithDaniel pic.twitter.com/nOjm4hu85M

We waited 6 months for Daniel to debut solo. If Daniel needs to rest, we can wait for him the time he needs to feel better. Danity are with Daniel.

I also hope he could spend more time with his mom and cats.#WeAreWithDaniel#강다니엘_사랑해#KANGDANIEL@danielk_konnect

When life is hard, you gave me a reason to continue living. Please stay strong, my love. Everything would be okay. We would never leave your side ❤️ You are my salvation, now let me save you ?#강다니엘_사랑해 #WeAreWithDaniel pic.twitter.com/m9GNGouHCr