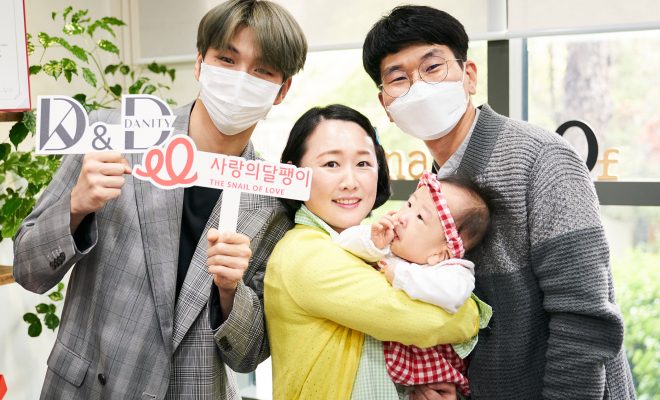 Photo from Snail of Love

Kang Daniel and DANITY gave the heartwarming gift of hearing to a two-year-old child, Jiyeon.

Kang Daniel met in person with a child who received artificial cochlear surgery with his and his fans’ heartfelt help. 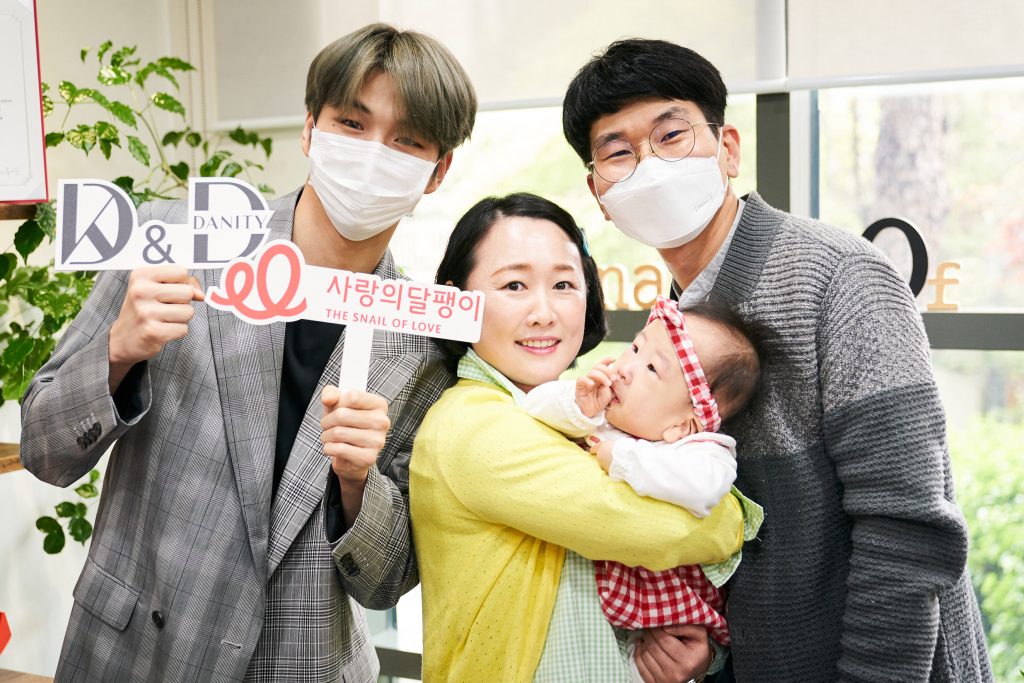 Snail of Love, a foundation that supports and helps the hearing-impaired, said that the multi-talented idol visited their office last April 17 and met a two-year old child named Kim Ji Yeon (a pseudonym) who underwent artificial cochlear surgery last month.

At the end of 2019, Kang Daniel donated 30 million won to the foundation under the name of his fan club DANITY.

As response to this, fans also donated under the name of the idol, raising a total of 99 million won in donations afterward. All of the donations will be used for artificial cochlear surgery and language rehabilitation for hearing-impaired children. 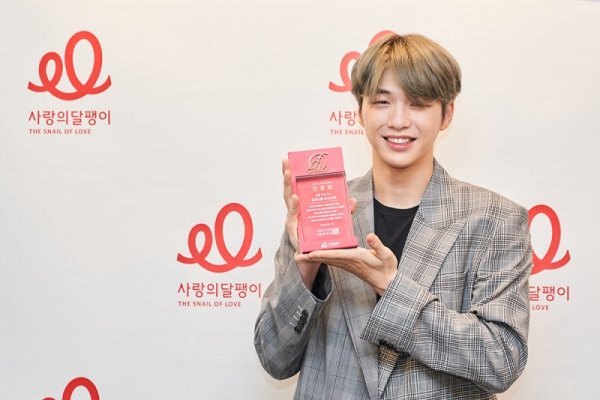 Her parents, who had difficulty raising operating expenses due to financial difficulties, learned about Snail of Love through consultation with the hospital’s public medical business group and received support. 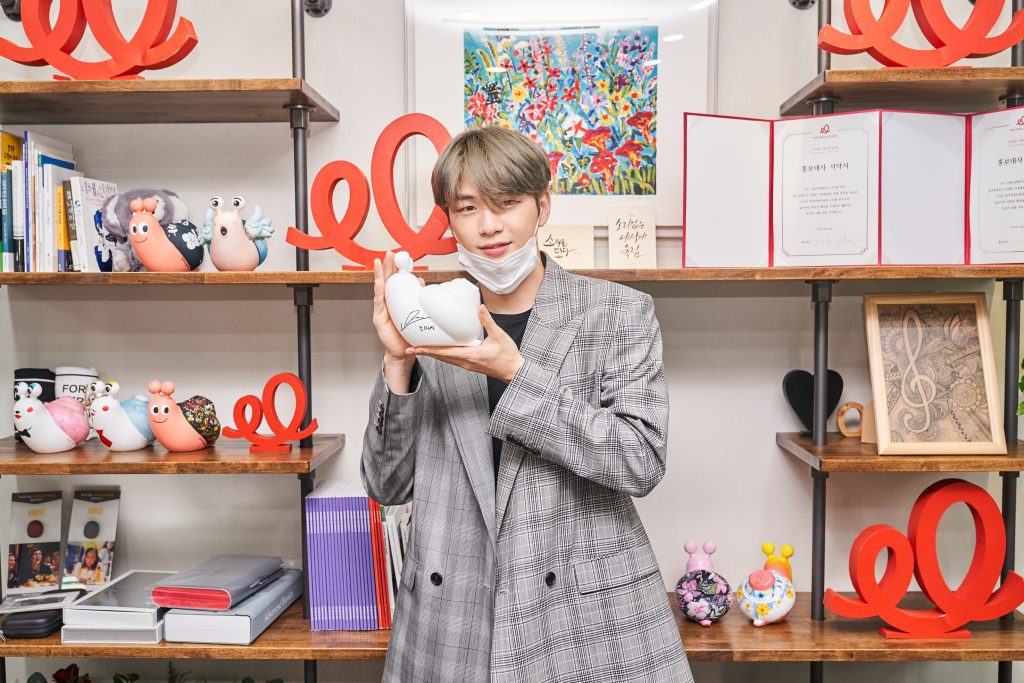 Kang Daniel, who recently met with the toddler, said, “I hope Ji Yeon will be able to listen to sounds in the future and grow healthy as a bright child.”

He also presented her with various meaningful gifts, including a toy that makes various sounds, indoor clothes for summer, and his album CYAN which he personally signed.

In response, the child’s parents said, “Thank you not just for giving Ji Yeon the gift of sound, but also for coming to meet her in person. In the future, we hope Ji Yeon can listen to the album that you gave to her as a gift after receiving language rehabilitation treatment.”

After the meeting with the child and her parents, the conference room held a dedication ceremony for Kang Daniel and DANITY, who are currently listed as the Snail of Love’s Soul Leader and Soul-The Fan.

At the dedication ceremony, Kang Daniel said, “I’m very happy to be able to deliver sharing and join in something meaningful, all thanks to the fans.”

“I hope more people will join such sponsorships in the future to convey hope to children with hearing impairments,” the idol also shared. 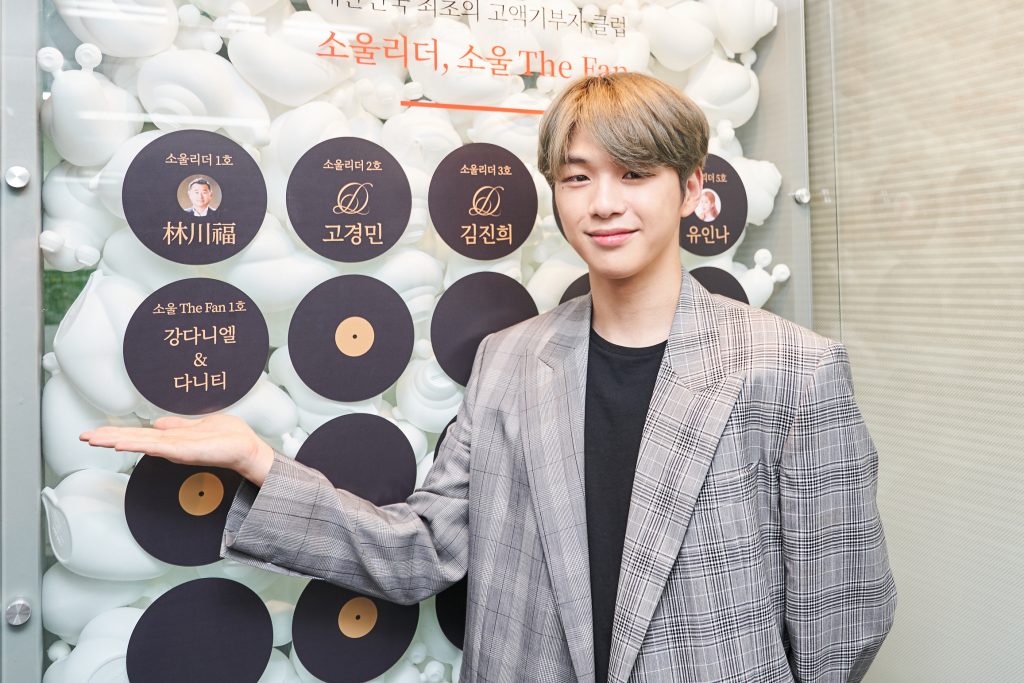 Photos from Snail of Love