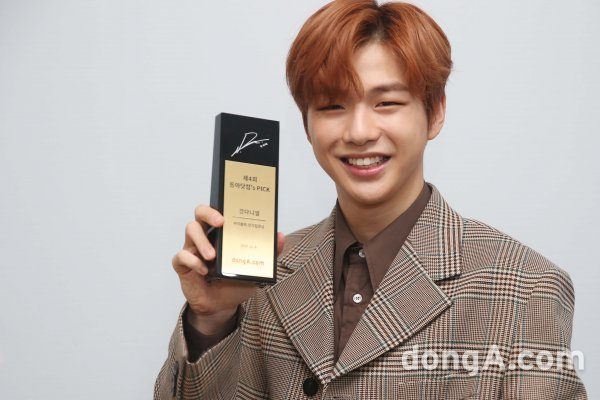 Kang Daniel is adding another shining trophy to his collection! 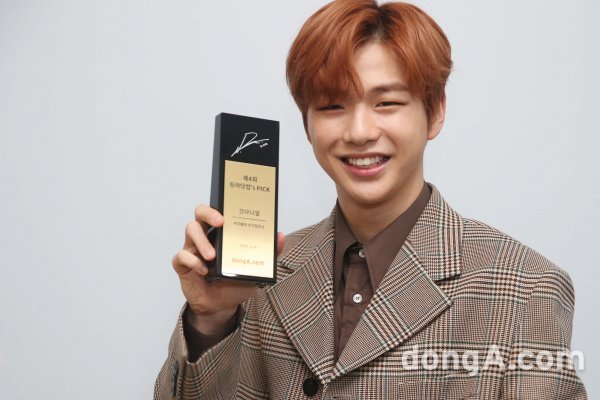 A beautiful new trophy courtesy of Danity now adorns the soloist’s shelf as he gets bestowed another recognition – this time, from DongA.com.

“Hello, everyone, I’m Kang Daniel! Thanks to Danity, I received the Dong-A.com’s Long-Term Award for Idol Pick. I want to say thank you very much and that I’ll keep on trying my best. I think this is all thanks to Danity. You guys always got me the first prize which is why I think I won this award. I won’t disappoint you, and I’ll show you a lot of good things. And I’ll take this for you on your behalf,” the multi-talented idol addressed his fans in his acceptance message for the award.

“I’m having a fan meeting in Korea on November 23 and 24 and it’s been a while since I’ve been here,” Daniel also told fans, adding in that because of this, he will do his best to make his upcoming fan meeting even more special. “We’re preparing a lot of things that you can’t even imagine. Please come and enjoy it with us,” Daniel he shared as well.

“Lastly, to Donga.com, thank you. Mom, I got a prize. Thank you!” the idol cutely concluded.