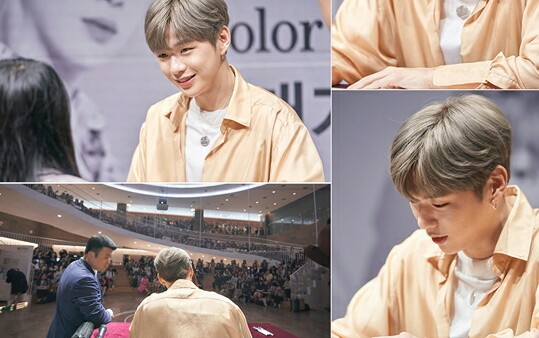 Kang Daniel made sure to create as many memories as possible with fans as he met them up close once again!

For the past few days, Kang Daniel has been returning the love and support fans had been giving him through a set of numerous fan signing events all around Korea! 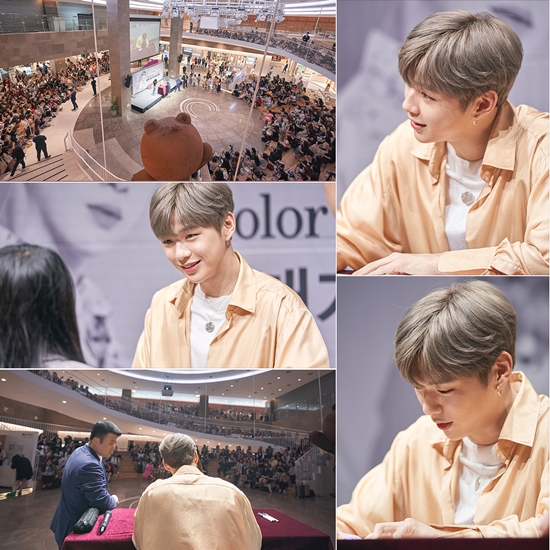 Following his much-awaited solo debut, the multi-talented idol made sure to meet his fans who showed him utmost love and support from all over the country and return the happiness they gave him.

With an aim of meeting as much fans who waited long for him as possible, he visited every corner of the country through several fan signing events held on South Korea’s major metropolitan cities.

He started the series of fan events on July 31 at the Mixpace Mix Hall in Gwangju at 1 PM KST. It is notable how much of an unusual decision it is that Gwangju, not Seoul, became the venue for the first fan signing event.

Just a few hours after at 7 PM KST, the idol was already in Daejeon’s Joseon University Auditorium Hall to meet fans. Despite the busy day, he made sure to thank everyone once again for their love and support at his after-event tweet, which also came along with his cute selfies.

During the wide event on his hometown, the idol never faltered in displaying a huge smile and spent precious time with his fans. Daniel also made sure to have large electronic boards put up which showed the event happenings in real time during the signing event.

This was in consideration to the fans at the venue who wanted to see him even at a long distance at such a wide and open-to-the-public event.

He then headed to Daegu Shopping Mall at 7 PM KST right away afterward. Of course, he blessed his fans’ feeds with after-event selfies on his official SNS account upon wrapping up his events.

The nation’s center warmed everyone’s hearts as he showed special affection by putting his still-no-named fans first and foremost as his priority, even though his two-day trip to Daejeon, Busan and Daegu was close to 1,500 kilometers.

Finally, on August 3, the multi-talented idol had two fan signing events in Seoul. The earlier was held at the Grand Hotel Ballroom LL Floor at 2 PM KST, while the next took place at the Sangam KBS Simseok Hall at 7 PM KST.

“Seoul Seoul, thank you for coming. Let’s meet more in the future too!” he tweeted gratefully with cute selfies afterward.