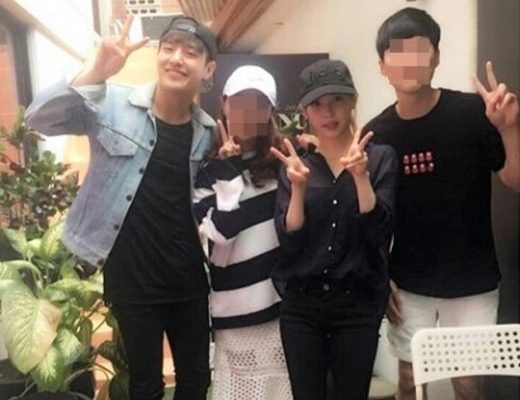 For fans who ship the ‘Wook-Soo’ couple, sadly, the two are confirmed not to be in a romantic relationship.

On September 10, actor Kang Ha Neul’s agency came out to quash the dating rumors between him and singer IU.

Earlier on, a news outlet reported that the actor spent his last day before enlistment with IU at a café in Itaewon-dong, Yongsan-gu, in Seoul. They were spotted wearing couple outfits with black shirts and caps.

Regarding the report, Kang’s label made an official statement for clarification, saying: “It is true that he met up with IU, but they are not in a romantic relationship. They are just close friends since they worked together on ‘Scarlet Heart: Ryeo’.”

In related news, Kang Ha Neul recently starred in an action movie named Midnight Runners, alongside actor Park Seo Joon. He is enlisting into the army on September 11, and will serve under the military police.