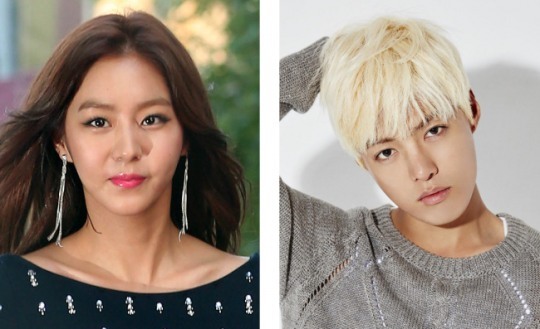 Kangnam and Uee split just two weeks after their relationship was publicly confirmed.

On July 14, Kangnam and Uee confirmed they were in a romantic relationship. The two were reported to have affection for each other after taking part in SBS’ program Law of the Jungle.

However two weeks after their dating news, according to a local outlet on Tuesday, the two artists decided to break up.

Right after that, the agencies of Uee and Kangnam respectively confirmed that the couple has already parted ways after three months of dating due to their hectic schedules.

Uee made her debut as the member of Korean girl group After School. In May 2017, the singer decided to step down from the band’s activities after the contract with her agency Pledis Entertainment ended. she is currently focusing on developing her acting career.

Kangnam, whose mother is Korean and father is Japanese, is known as the vocalist of hip-hop group M.I.B.