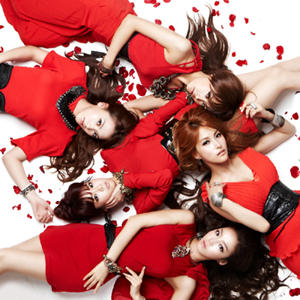 The girls of KARA will be making their Korean comeback at the end of August, after a one-year hiatus! They will release their 5th Korean mini album, with which they’ve promised to show their “mature side” during promotions. The girls are now preparing to launch the new album, but unfortunately no more information has been released at this time.

KARA fans, are you excited about their comeback?

Hellokpop, as an independent Korean entertainment news website (without influence from any agency or corporation), we need your support! If you have enjoyed our work, consider to support us with a one-time or recurring donation from as low as US$5 to keep our site going! Donate securely below via Stripe, Paypal, Apple Pay or Google Wallet.
21
SHARES
FacebookTwitter
SubscribeGoogleWhatsappPinterestDiggRedditStumbleuponVkWeiboPocketTumblrMailMeneameOdnoklassniki
Related ItemsAugustcomebackKARAmini album
← Previous Story SM Entertainment unveils second teaser for S.M.ART EXHIBITION
Next Story → Psy’s “Gangnam Style” becomes worldwide phenomenon