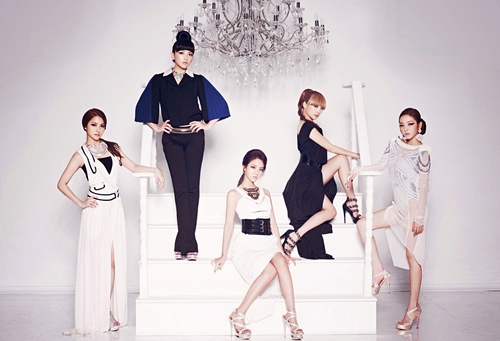 After releasing individual PANDORA video teasers for each member of KARA, the official music video teaser has been unveiled.

The video begins by displaying the band’s silhouettes with pink florescent tubes blinking behind them. The camera then reveals the members of KARA and switches off between two locations where the members are seen wearing two different outfits. In the dark location with pink lights, KARA dons black outfits with a complicated centerpiece brace hugging their tops. In the brighter location with glass, the members sport white one-pieces adorned with spangles.

Check out the teaser video below.