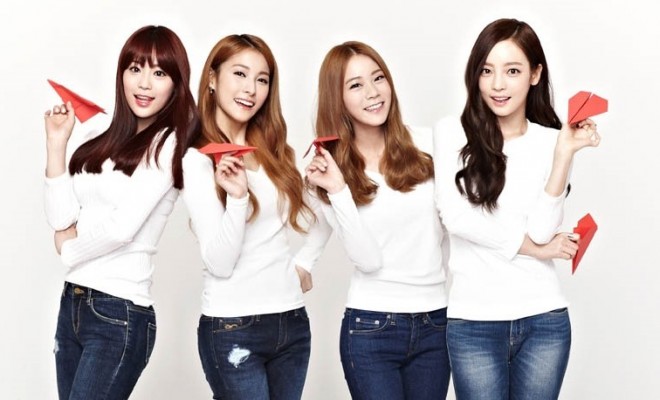 By Larissa | May 16, 2015
44
SHARES
FacebookTwitter
SubscribeGoogleWhatsappPinterestDiggRedditStumbleuponVkWeiboPocketTumblrMailMeneameOdnoklassniki

Just about to make its comeback to the K-pop scene, KARA has updated fans with a new teaser photo, and revealed the name of the title track for the group’s coming seventh mini album In Love.

On May 15, DSP Media disclosed a teaser image of the four members on its official Twitter account. In the photo, the girls flaunt their own individual feminine charm and angelic look in adorable colorful costumes. Also, as shown in the image, the lead track of the group’s new album is titled Cupid. 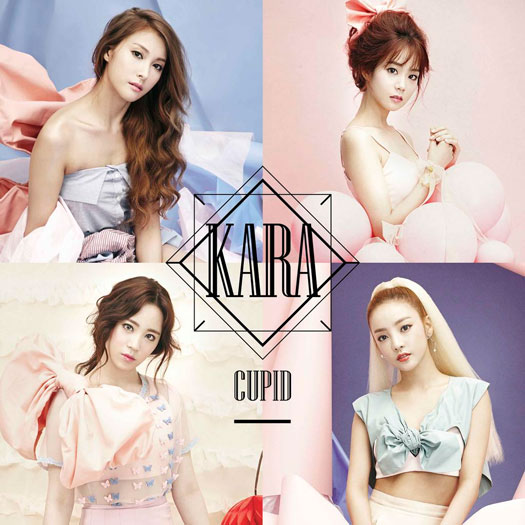 Cupid is created by producer team e.one, who had previously composed songs for A Pink, EXO, Rain and Shinhwa. Its lyrics depict the feelings of a girl as she gets close to her loved one, with shuffle based rhythms.

Prior to the quartet’s album release on May 26, DSP Media is set to drop the teasers for each KARA member through the group’s official SNS accounts and Naver Music. The girls will begin their comeback promotions on the same day of the album release with a showcase at Blue Square in Hannam-dong, Seoul.