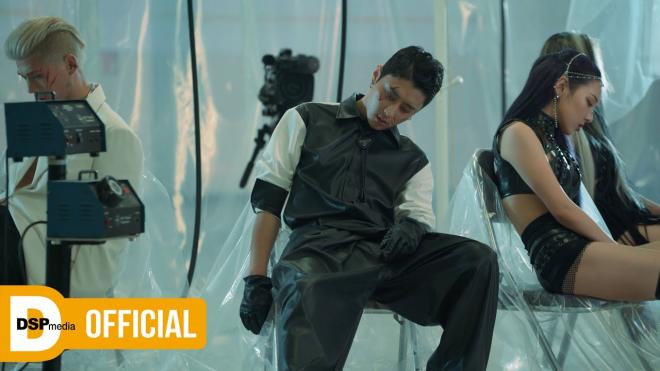 KARD launches the first concept video for their upcoming single album, Way With Words across their SNS channels. The intriguing clip features KARD’s most sinister concept yet, containing scenes with pistols, a dagger, cars aflame, and figures with mouth-stitched masks. Additionally, the members appear in a hypnotic trance, adding to the mysterious appeal of the video. 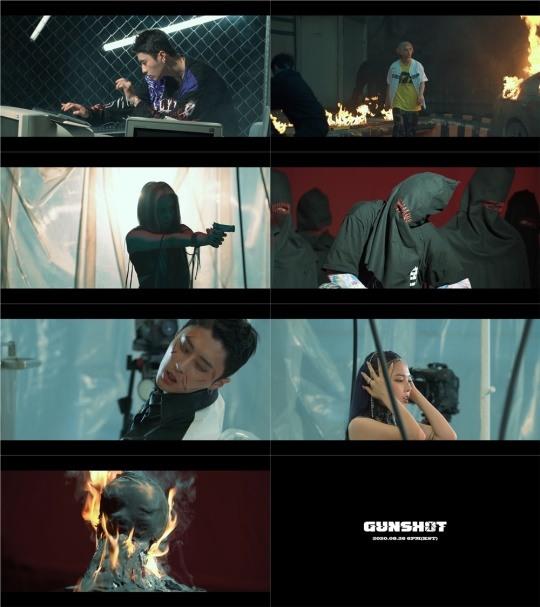 The intense scenes and charisma of the group increase fans’ expectations for Way With Words, as well as its title track, “GUNSHOT”. Their newest album expresses the double expression of “way with words” which has a literal meaning of “speaking well”. The project as a whole discusses the power of words as well as their positive or negative effects.

Meanwhile, “GUNSHOT” is a song that will discuss deeper and personal stories about how words are powerful. Depending on their use, words can either brighten someone’s life or make their lives more difficult.

Other tracks on the album include “AH EE YAH”, a lighthearted and lively reggae track and “HOLD ON”, a heartfelt and sincere track.

Member B.M recently touched fans’ hearts with his post on his Instagram story. He briefly spoke about the purpose of KARD’s upcoming album to speak on verbal abuse.

Furthermore, he hinted at a new line in his clothing brand STAYDIUMLA titled, “healers”. Meant to spark a positive movement spreading awareness for the power of words, all proceeds will be donated to a non-profit bullying campaign.

This continues B.M’s inspiring efforts to incorporate KARD’s music, his fashion line, and his fans, into a collaborative movement of social positivity.

Ahead of KARD’s comeback, fans can enjoy their concept video teasing the release. Their single album and title song “GUNSHOT” releases August 26 at 6 PM KST.