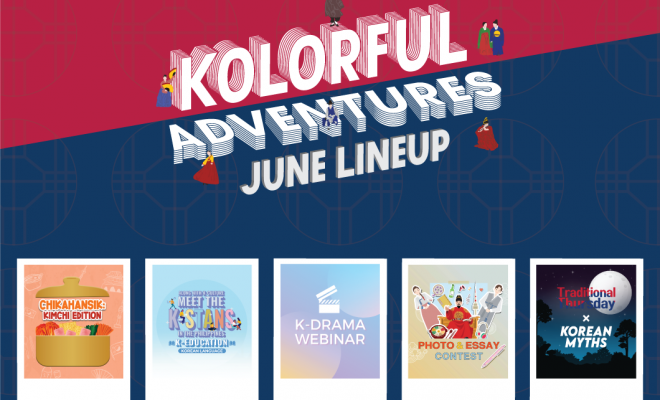 June is all about education in the Philippines, as it traditionally marks the beginning of classes in school. While the pandemic has changed the times and the way students learn and take their classes, Korean Cultural Center in the Philippines’ roster of activities will surely bring out the students in every Filipino, through its education-themed activities for the month of June! Good food and good conversations? Yes please! Kicking off KCC’s June events is the delicious and fun ChikaHansik: Kimchi Edition. This one-stop digital talk and cooking series will take the viewers on a delightful K-Food adventure via easy-to-cook dishes featuring Korea’s food pride, Kimchi! The best ingredient of this cooking series? The juicy conversations or chikahan on the side together with our host, Kring Kim, and some very special guests! Expect to learn how to make Kimchi Sinigang, Kkakdugi Beokkeumbap, Kimchi Jeon, and Budae Jjigae all Fridays of June at 5 PM via KCC’s YouTube channel.

Following the success of last year’s webinar and huge demand for a more detailed talk on K-Drama scriptwriting among the viewers, this 2021, the Korean Embassy and KCC have decided to come up with another K-Drama-related webinar. The one-day webinar this June 30 on KCC’s YouTube Channel, which will have experts leading a scriptwriting workshop with some talks on K-Drama’s global promotion and marketing. To hype up the participants, special prizes would also be given to those who would be sending in their questions for the Q&A Challenge, which is done in partnership with APOP Books. 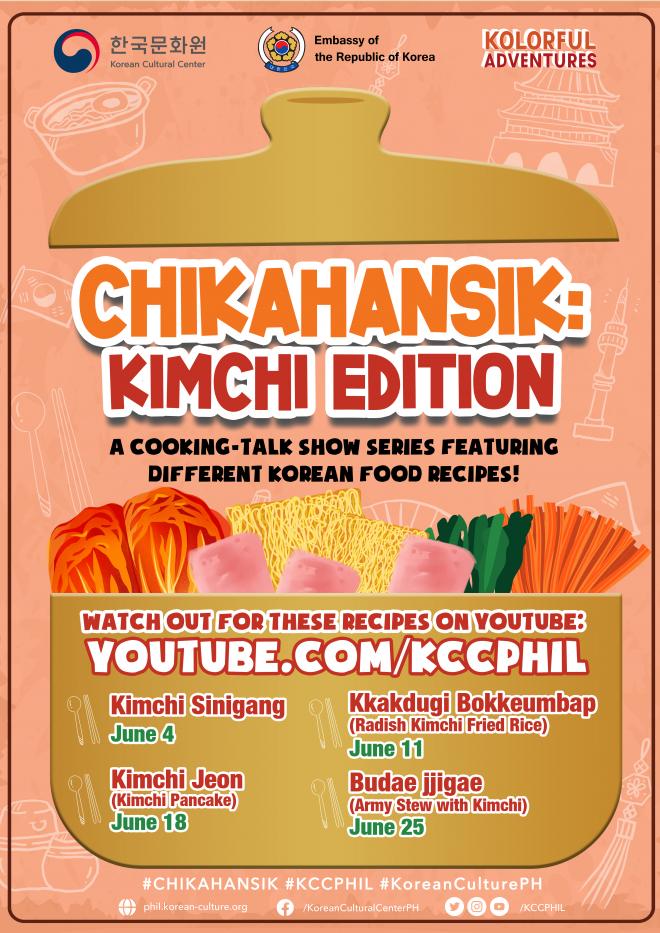 More than just allowing many to say 안녕하세요 (hello), 감사합니다 (thank you), and 사랑해요 (I love you), 한국어 or Korean language has actually paved the way for the Philippines and Korea to forge a stronger connection. In this month’s episode of Along with K-Culture: Meet the K-Stans in the Philippines, K-Education will be taking front and center as experts, Special Program in Foreign Language (SPFL) teachers and some students themselves would be discussing the growing popularity and unending passion in learning the Korean language. The K-Stans episode drops this June 10 on KCC’s official YouTube Channel.

Avid KCC supporters over the years will be rewarded this June, as a KCC will be launching KCC Throwback Photo & Essay Contest. As a prelude to KCC’s 10th birthday this July, this contest aims to look back at the decade that has been for KCC here in the Philippines and all the fun activities and memories that the supporters have kept dear to them. Amazing prizes including P5,000 cash, a KCC gift bag, and a feature on KCC’s SNS pages await the 10 lucky winners! 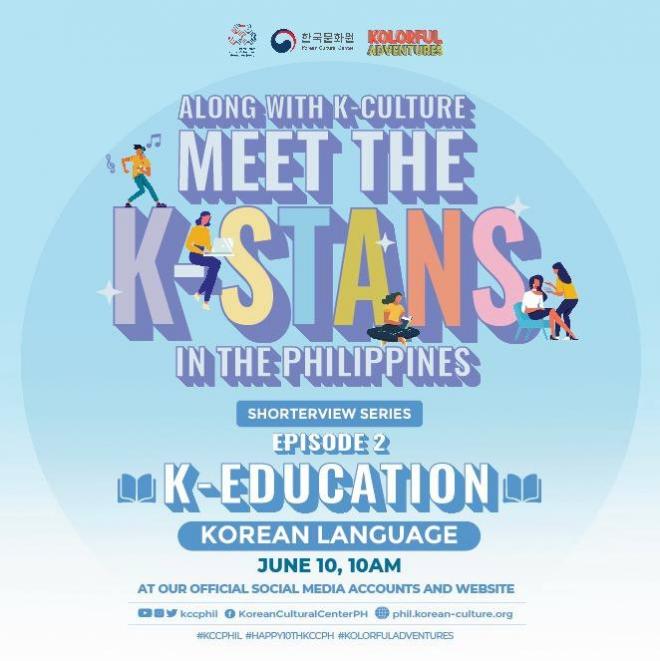 KCC is honoring the other world by delving into the mysterious and the mythical. Traditional Thursday June edition would cater to the fascination and unveil some stories about the imaginary characters such as the Gumiho, Goblin, Grim Reaper, and the King of the Underworld. So be ready to be transported into the world of the supernatural!

Since its conversion to remote learning last year, KCC’s free Korean language classes have been a massive event in itself as individuals flocked to register for it. The much-awaited raffle counted 4,377 registrants of aspiring K-language students from all over the country. The second term, which will run from the 1st week of June to the 2nd week of August, will have four levels of classes wherein students will learn from certified teachers by the King Sejong Institute in Korea. 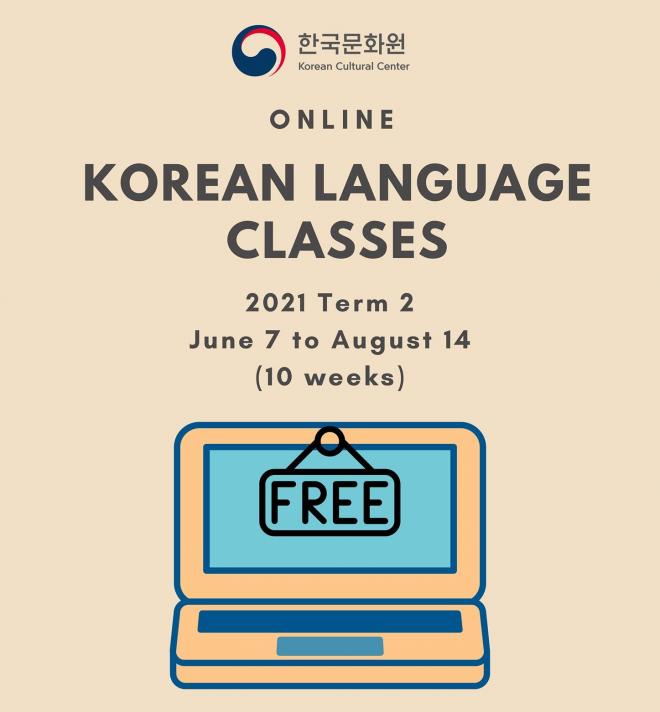 Let June be all about expanding your knowledge about cooking K-Food, knowing more about K-Education and Korean Language, and discovering the ins and outs of K-Drama script production and the mythical Korean characters along with KCC!