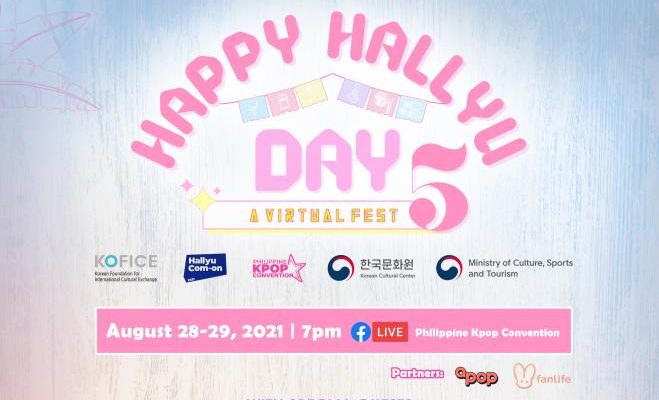 Happy Hallyu Day turns five and everyone is invited to a virtual fest this coming August 28-29, 2021, 7 PM on the Philippine Kpop Convention Inc. Facebook Page!

Celebrate Korean Wave with K-entertainment talks, K-pop performances, contests, games, and more together with PKCI and Korean Cultural Center in the Philippines. 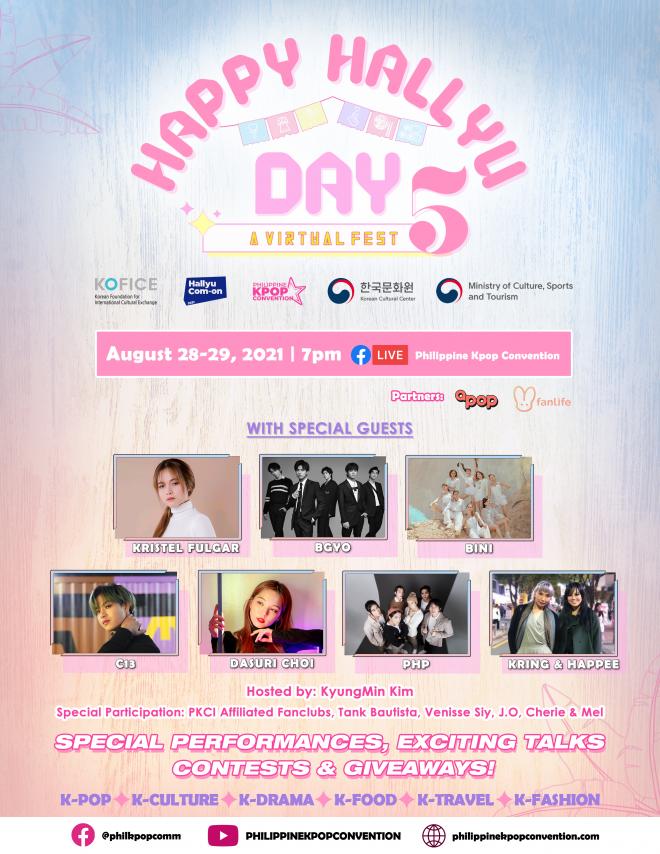 A Virtual Event That K-pop fans will surely enjoy

Kpop Dance Diva, Dasuri Choi, got you covered with her stories and tips as a performer. Survival show Under Nineteen participant, C13, takes us on a journey as a Korean trainee and performs his debut single, “Stay”!

2021 debuted P-pop idols grace the HHD5 digital stage as they perform K-pop hits from different generations plus their latest singles!

Be charmed by Press Hit Play in their get-to-know segment and performance of debut single, WIN! BINI and BGYO are back to take on K-pop challenges, and burn the stage with K-pop songs and their debut single, “Born to Win”, and comeback song, “The Baddest”, respectively!

A five-day “Countdown Special” will happen from August 23 to 27, 2021 where participants can expect entertaining segments, Twitter parties, and exclusive prizes every day from our participating partners, affiliated K-pop fan clubs, and guests:

Bringing the best of Asia to your bookshelf, check out Apop at apopbooks.com for their best-selling K-titles translated into English and anticipate new releases soon!

Fanlife is your gateway to the stuff you love – register for free at fanlife.ph and use the 10% promo code: HAPPYHALLYU between August 24-Sept 4, 2021 for discounts!

Presented by the Philippine Kpop Convention Inc., together with the Korean Cultural Center in the Philippines, Korea Foundation for International Culture Exchange (KOFICE), Hallyu Com-On, Ministry of Culture, Sports, and Tourism, and PKCI’s affiliated K-pop fan clubs, in partnership with Apop and Fanlife.