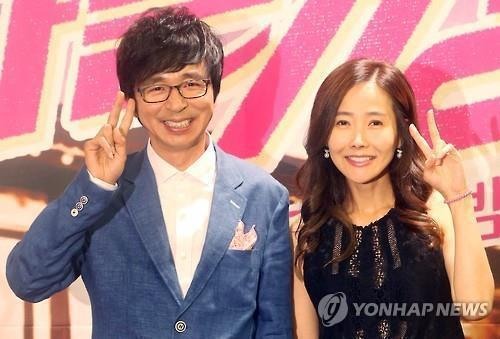 In their 50s, Kim Gook Jin and Kang Susie finally decided to settle down.

During the program, the two unexpectedly revealed that they would walk down the aisle this year.

However, the couple will not hold a luxurious wedding ceremony in a restaurant or other places. Instead, they will embark on family life after Kim moves into Kang’s house in May.

Kim Gook Jin (1965) and Kang Susie (1967) developed their romantic relationship after starring in SBS’s TV show since March 2015. They were confirmed in a relationship in August 2016.

Meanwhile, Kim Gook Jin made his debut in 1991. He was known as not only a renowned comedian but also one of the MCs of MBC’s popular program, Radio Star. Meanwhile, Kang Susie gained much popularity during the 1990s, thanks to her talented singing ability.