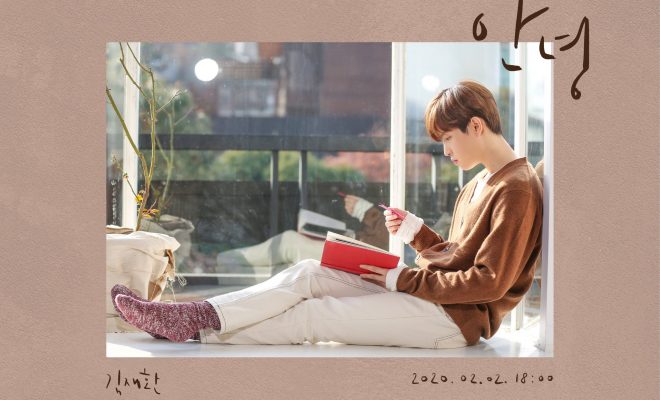 Kim Jae Hwan will be starting up the month of love by greeting fans with new music!

Kim Jae Hwan announced on January 28 that he will be kicking off his music releases for the year with a brand new digital single! 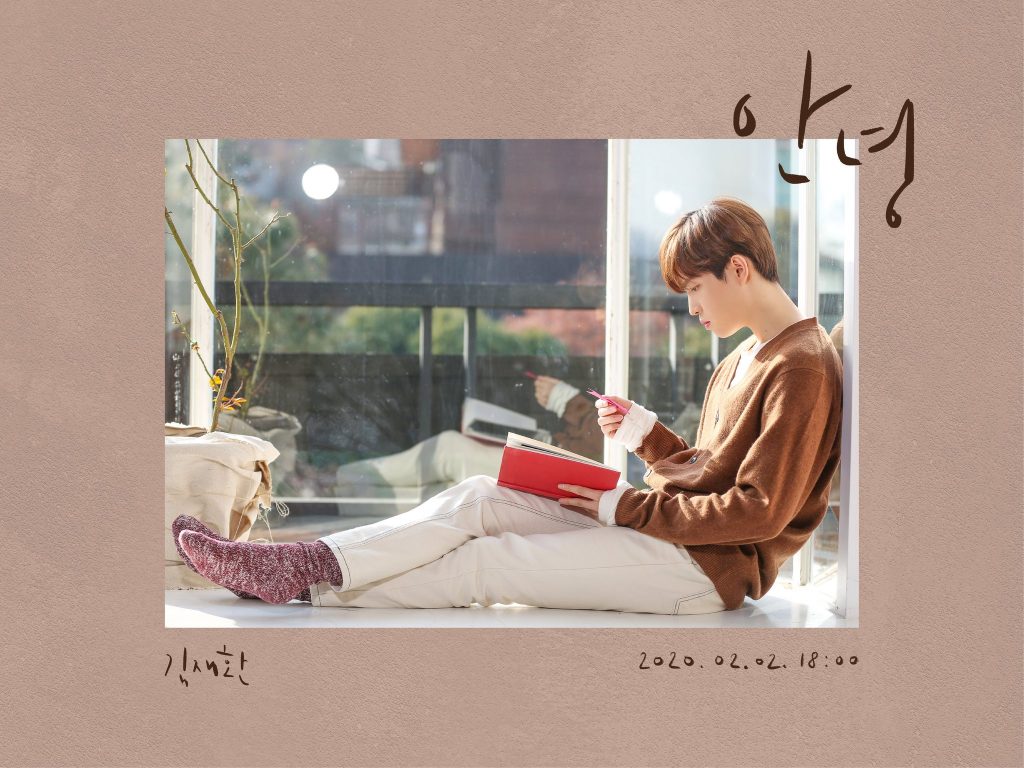 The soulful singer will be bringing forth a new sweet serenade highlighting his very sweet and melodious voice that will definitely make listeners’ hearts soft once again!

Titled “안녕 (literal translation: Hello/Goodbye)”, Jae Hwan’s digital single is scheduled to be released on February 2. “안녕” will also see the first-ever team-up of the singer with hit producer Jung Key, who was also behind songs from Davichi, MAMAMOO’s Wheein, Minseo, and more.

Together with his comeback announcement, the singer shared a mellow-vibed teaser photo where he sat comfortably by a window with a book and some notes in hand which he is looking at. It also featured a warm palette which set the mood for what fans can anticipate in Jae Hwan’s comeback.

Additionally, the singer’s growing popularity thanks to his various ventures including participating in OSTs of several hit dramas have also further established his name in the music scene, raising more excitement for his return.

Moreover, the release of the soloist’s new digital single will mark his first comeback for the year. It also comes two months after he released his second mini-album MOMENT in December 2019, together with its sweet and light-sounding lead track titled “The Time I Need”. Giving warm vibes perfect for the winter season, the song proved perfect for Jae Hwan’s breezy and soft yet powerful vocals.

Hellokpop, as an independent Korean entertainment news website (without influence from any agency or corporation), we need your support! If you have enjoyed our work, consider to support us with a one-time or recurring donation from as low as US$5 to keep our site going! Donate securely below via Stripe, Paypal, Apple Pay or Google Wallet.
FacebookTwitter
SubscribeGoogleWhatsappPinterestDiggRedditStumbleuponVkWeiboPocketTumblrMailMeneameOdnoklassniki
Related ItemsHellokim jae hwan안녕
← Previous Story SECHSKIES Discusses Long-awaited Comeback And 1st Mini-Album “ALL FOR YOU”
Next Story → Joo Young & Urban Zakapa’s Jo Hyun Ah Releases New Single Collaboration