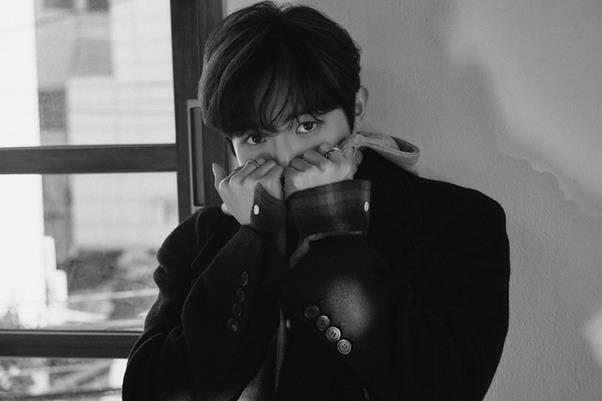 The breathtaking vocals of Kim Jae Hwan will be taking the spotlight alongside hip hop artist MC Mong and R&B singer-rapper PENOMECO.

A cool collaboration will be released by Kim Jae Hwan and MC Mong this April 10 at 6 PM KST through the song “Cold” featuring PENOMECO.

Bringing chills this spring, this upcoming three-way collaboration is made possible by the newest cultural collaboration project X by X by IWS.

On April 8, a teaser of the song and its music video was unveiled shortly after Jae Hwan and PENOMECO were announced to be a part of MC Mong’s newest release.

The video began with a scene showing a man and woman, who seemed to be a couple, taking a picture with their arms crossed. Although they looked close to each other, the awkward atmosphere soon began to flow between the two of them.

Afterward, the woman looking at the man as he talks on the phone and taking one step back while displaying a lonely look on her face raised curiosity about the song and its music video.

Aside from the teaser, it was revealed that the project album will contain a total of three versions for the track. This includes its full version with all three artists, a version with only MC Mong and Jae Hwan, and an instrumental version of the song.

Meanwhile, X by X is a cultural collaboration project in which artists from various art fields, including art and literature as well as music, work with each other to deliver new feelings and emotions. It will officially be launched on April 10 with “Cold” as its first project track.

Furthermore, “Cold” is a song that depicts the project’s first theme, “lack.” Aside from being produced by MC Mong, the song also contains lyrics written by poet Lee Byung Ryul, who is loved by many people for his essay and poem collections such as “Attraction”, “Wind Blows, I Like You”, “Radiant”, and “Private Life of Wind”.

In addition to being a featuring artist, PENOMECO also participated in writing lyrics for the song. MC Mong and Kim Jae Hwan have also decided to donate all the proceeds made for “Cold”.