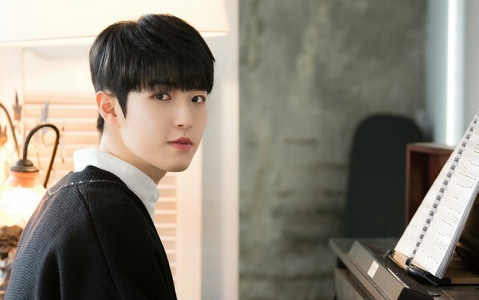 Earlier in the day, the former Wanna One member was reported to have been spotted shooting photos for his album jacket. This photo shoot was said to mark the start of full preparation for his anticipated debut as a solo artist following the end of his activities as a member of Wanna One.

His agency Swing Entertainment responded to the reports later on with positive news for the singer’s fans. “It is true that we are taking photos for Kim Jae Hwan’s upcoming solo album today. He is currently recording his new songs as well, but the exact date of his debut is still yet to be decided,” the agency stated.

The singer had previously announced a solo fan meeting tour, titled 2019 Kim Jae Hwan Fan Meeting – MIN:D. Containing stops in a total of seven cities, the tour will kick off in Seoul with double shows on May 26 at the Jamsil Indoor Gymnasium, with the first at 2pm and the next at 7pm KST.

After Seoul, the singer will be heading to Japan, Thailand, Singapore, Taiwan, Hong Kong, and Malaysia to serenade his fans, who are officially called WIN:Ds, with his sweet-like-honey voice.

Are you looking forward to Kim Jae Hwan’s upcoming debut as a solo artist? Let us know by leaving a comment below, giving us a holler on Facebook, or tweeting us at @hellokpop!

Hellokpop, as an independent Korean entertainment news website (without influence from any agency or corporation), we need your support! If you have enjoyed our work, consider to support us with a one-time or recurring donation from as low as US$5 to keep our site going! Donate securely below via Stripe, Paypal, Apple Pay or Google Wallet.
FacebookTwitter
SubscribeGoogleWhatsappPinterestDiggRedditStumbleuponVkWeiboPocketTumblrMailMeneameOdnoklassniki
Related Itemskim jae hwanswing enterta
← Previous Story Kim Ha Neul Channels A Beautiful Spring Goddess For Marie Claire Korea
Next Story → Park Bo Gum Fan Meeting In Manila Postponed Due To Recent Earthquake