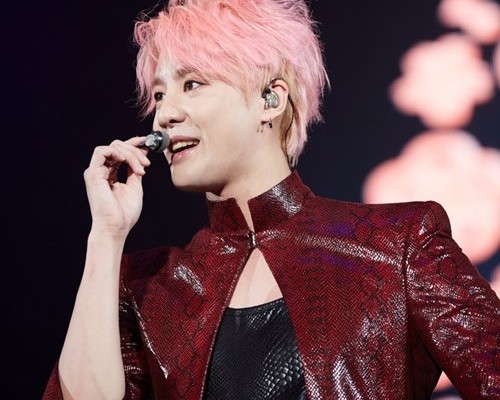 Kim Junsu To Hold His Ballad And Musical Concert In Japan

Kim Junsu will be holding a ballad and musical concert in Japan after numerous requests from fans.

Started in 2012, Kim Junsu′s Ballad & Musical Concert was held regularly as an annual event. It was a special gift to fans who always stand by him during his career.

His agency CJeS Entertainment stated: “Fans are waiting for him to perform in Japan. Through ballad and musical concert, he shows a different side of him from his album tour by singing the major numbers from the musicals he played in, Japanese ballad songs and OST. It will be a great gift to the fans who awaits his concert in spring.”

Meanwhile, 2016 XIA THE BEST BALLAD SPRING TOUR CONCERT vol.2 in JAPAN will be held at two places in Japan; Gaishi Hall in Nagoya on March 15 and 16, and  International Forum A Hall in Tokyo.

Hellokpop, as an independent Korean entertainment news website (without influence from any agency or corporation), we need your support! If you have enjoyed our work, consider to support us with a one-time or recurring donation from as low as US$5 to keep our site going! Donate securely below via Stripe, Paypal, Apple Pay or Google Wallet.
34
SHARES
FacebookTwitter
SubscribeGoogleWhatsappPinterestDiggRedditStumbleuponVkWeiboPocketTumblrMailMeneameOdnoklassniki
Related Items2015 XIA THE BEST BALLAD SPRING TOUR CONCERT vol.2 in JAPAN2016 XIA THE BEST BALLAD SPRING TOUR CONCERT vol.2Best Ballad Concert TourKim Junsu
← Previous Story WINNER To Hold First Concert In March
Next Story → K.Will, Junggigo, Joo Young & Brother Su To Release Collaboration Track On Valentine’s Day