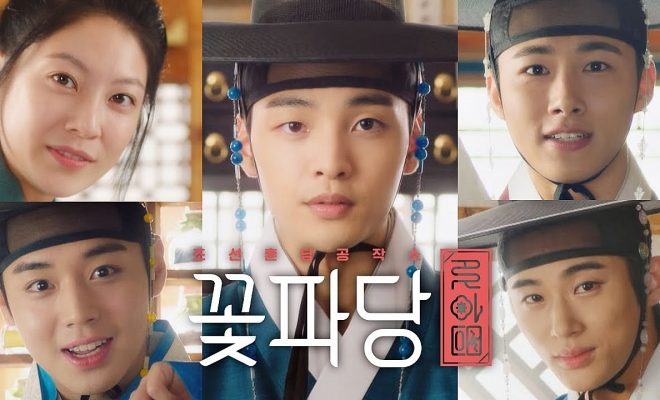 Upcoming jTBC historical drama Flower Crew (tentative title) introduced their gang of characters who will draw viewers to their television screens this September! 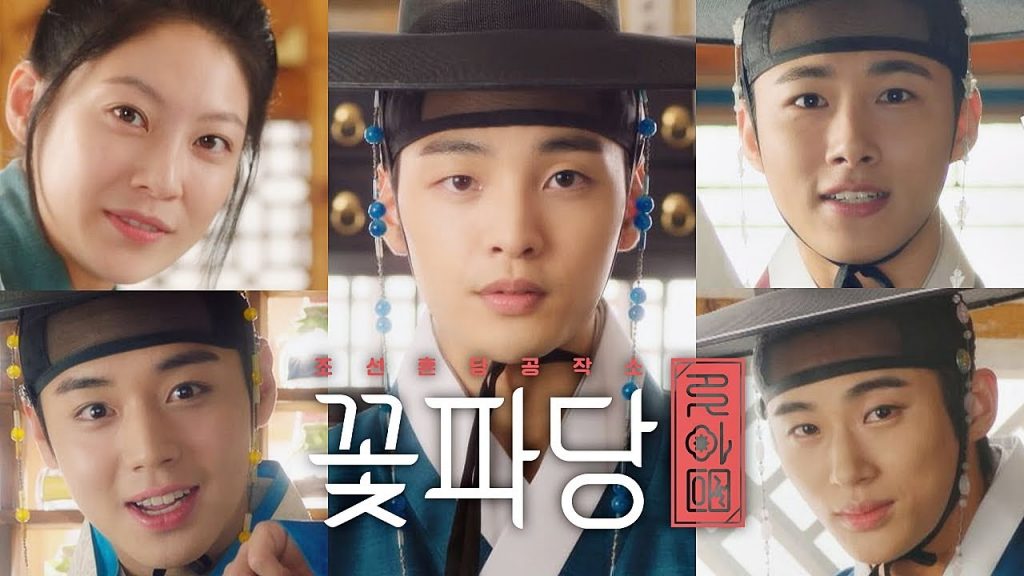 On August 12, jTBC unveiled a quick preview of the show’s characters in full suit through a video teaser.

All dressed in Korean traditional clothing, the show’s female lead Gong Seung Yeon, along with dramaland’s newest flower boys Seo Ji Hoon, Kim Min Jae, Park Ji Hoon, and Byun Woo Suk, threw everyone back to the Joseon era in preparation for the premiere of Flower Crew on September 16.

Teasing a bit of their characters’ personalities, the five actors star in an advertisement-like clip promoting both the show and its “matchmaking agency” storyline.

Most notably, Park Ji Hoon brought a modern mix to the teaser by using his popular catchphrase “Save you in my heart” while dressed as Joseon’s top fashionista Go Young Soo.

Based on a novel, the series tells the story of a King who approaches the best marriage agency to protect his first love. The agency’s crew works on transforming the woman from a common citizen to the most noble woman in Joseon.

The novel’s writer Kim Yi Rang herself had penned screenplay for the drama. It also marks the network’s first historical TV drama offering this season, which further amplifies the excitement for its nearing premiere.

Hellokpop, as an independent Korean entertainment news website (without influence from any agency or corporation), we need your support! If you have enjoyed our work, consider to support us with a one-time or recurring donation from as low as US$5 to keep our site going! Donate securely below via Stripe, Paypal, Apple Pay or Google Wallet.
FacebookTwitter
SubscribeGoogleWhatsappPinterestDiggRedditStumbleuponVkWeiboPocketTumblrMailMeneameOdnoklassniki
Related ItemsByun Woo SukFlower CrewGong Seung Yeonkim min jaepark ji hoonseo ji hoon
← Previous Story The Boyz Dazzles In “DreamLike” Comeback Trailer And Photo Teasers
Next Story → MONSTA X Tells Monbebes To “Carry On” In Happy And Uplifting New Japanese Single