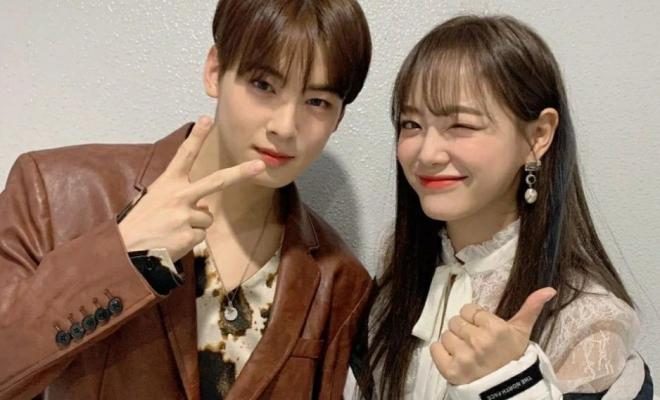 Cha Eun Woo shows support to his friend Kim Sejeong by sending a coffee truck to the filming set of The Uncanny Counter on New Year’s day. 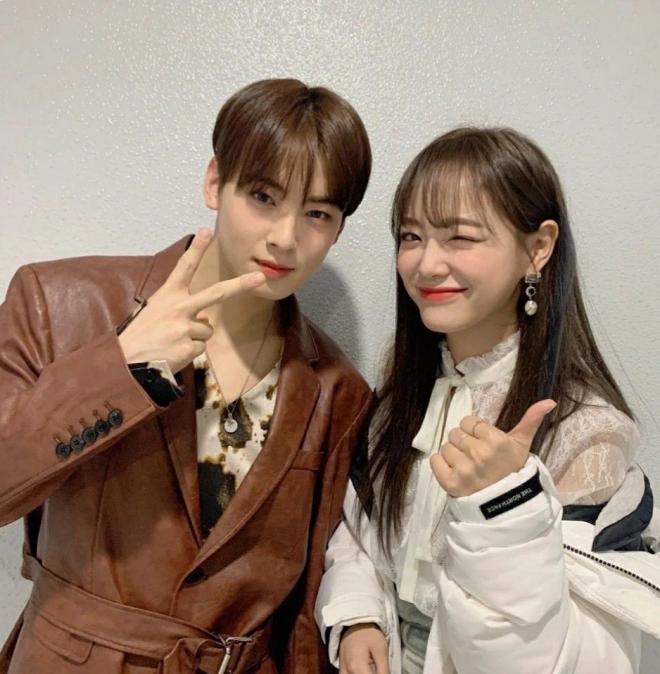 On January 1, the 24-year-old actress made an update on her Instagram account, sharing two photos of herself cheerfully posing in front of a coffee truck.

In the caption of her post, she wrote “What is this, Dongminssi?”, referring Cha Eun Woo to his real name, Lee Dong Min as she tagged him on her post. 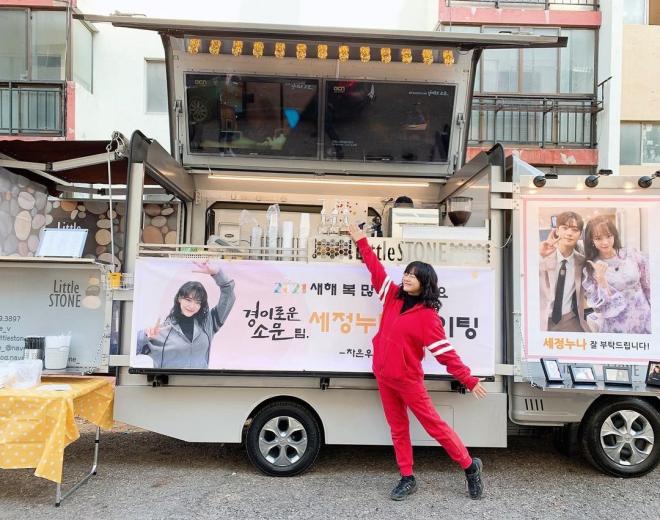 Meanwhile, on the other side of the truck is a banner with Cha Eun Woo and Sejeong’s photo, which also has a caption that reads, “Please take good care of Sejeong noona!”

For the second picture, Kim Sejeong is seen smiling brightly while holding her mini photo to pose for a cute selfie. 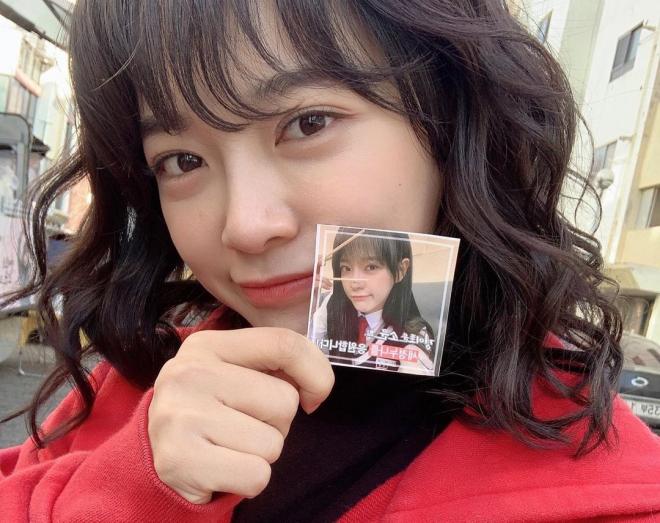 Way back 2017, Kim Sejeong and Cha Eun Woo worked together in a commercial for Lotte Water Park. They have been friends for a long time and seeing them supporting each other just showed how much they cherish their friendship.

Cha Eun Woo himself is currently busy working with his ongoing hit romantic comedy drama True Beauty, which is scheduled to be back on January 6 and 7 – with new episodes after not being able to air last week (Dec 30 and 31) due to year-end traditional award shows in the Korean entertainment industry.