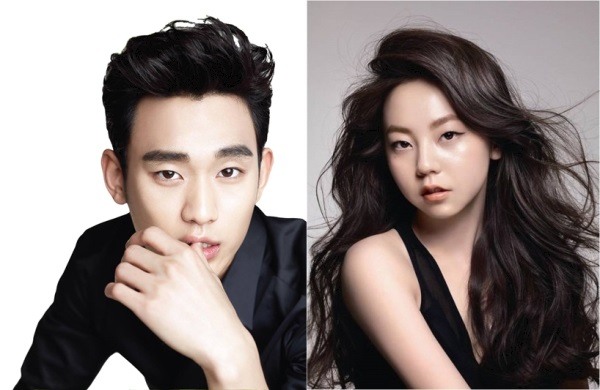 They are not a couple!

It said: “Kim Soo-hyun and the former Wonder Girls member are planning on getting married in late April after a year-long secret relationship.”

However, on February 7, the two artists’ agency, Keyeast Entertainment made a statement to clarify the misinformation.

It stated: “The Chinese report saying is absolutely false. If the website continues to report this false news, we’ll take strong measures, including necessary legal action against it.”

Earlier on, at the end of 2015 Kim and Ahn were also reported to be dating. However, the two quickly denied the rumor around their relationship.

Hellokpop, as an independent Korean entertainment news website (without influence from any agency or corporation), we need your support! If you have enjoyed our work, consider to support us with a one-time or recurring donation from as low as US$5 to keep our site going! Donate securely below via Stripe, Paypal, Apple Pay or Google Wallet.
47
SHARES
FacebookTwitter
SubscribeGoogleWhatsappPinterestDiggRedditStumbleuponVkWeiboPocketTumblrMailMeneameOdnoklassniki
Related ItemsAhn So HeeKim Soo HyunWonder Girls
← Previous Story BIGBANG’s Daesung To Release Solo Album In April
Next Story → Red Velvet Secures Top Spots On Global Music Charts