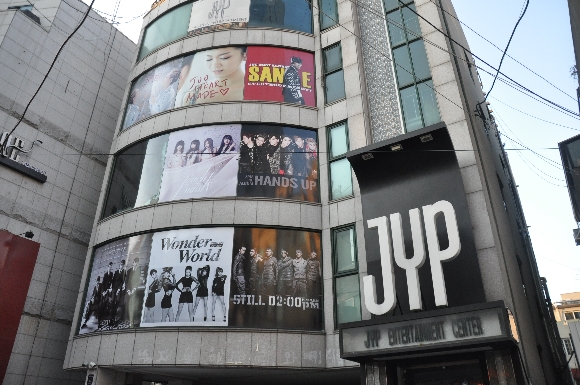 Chaos at the headquarters of JYP Entertainment in Seoul! A 34-year-old man has been arrested for trespassing and threatening employees with a knife.

According to reports from the Korea Herald, the man, surnamed Choi, entered the complex in Gangnam on Thursday. He was able to surpass security by closely following an employee  into the building, and managed to reach the third floor recording room despite efforts to block him.

When a secretary rejected his demands for a meeting with CEO Park Jinyoung, Choi threw the 30cm kitchen knife. Nobody was injured. It is believed that the attack was fueled by rage at a lack of response to a job application the assailant had submitted to the agency two years ago.