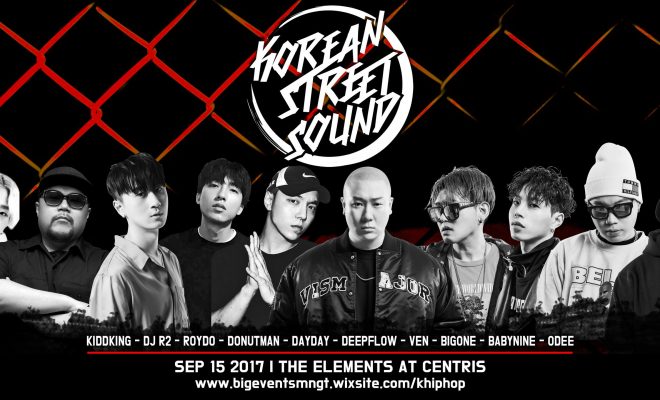 ‘Korean Street Sound 2017’ Coming to the Philippines This September

It’s the first ever Korean hip hop concert in the Philippines.

Big Events Management formed a partnership with Highlight Media Production to bring some of the hottest rappers in the hip hop scene in South Korea.

Dayday, Kiddking, Donutman, Roydo, DJ R2, Deepflow, Ven, Bigone, Babynine and Odee are coming to the Philippines for the Korean Street Sound 2017. This is going to be the first Korean hip hop concert in the Philippines. 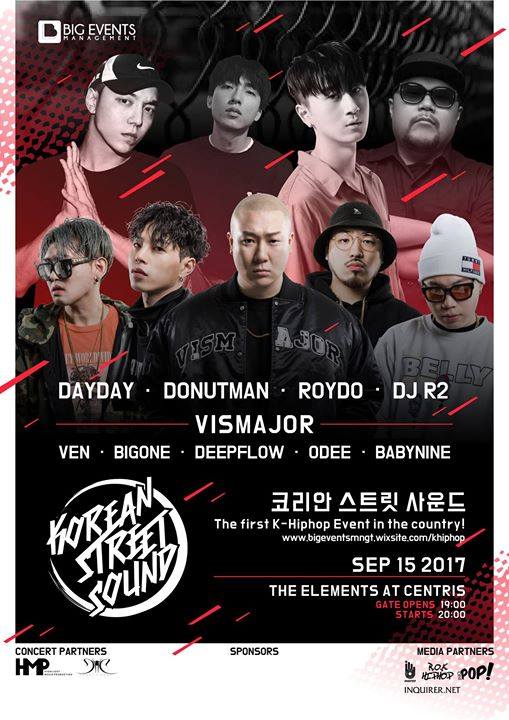 Pre-selling period is still on-going until July 26, wherein interested parties can enjoy discounted tickets ranging from P2000 to P6000. They also have a down payment scheme. Fans can deposit P1000 on or before August 5 and the remaining balance on August 23. Tickets can be bought here.