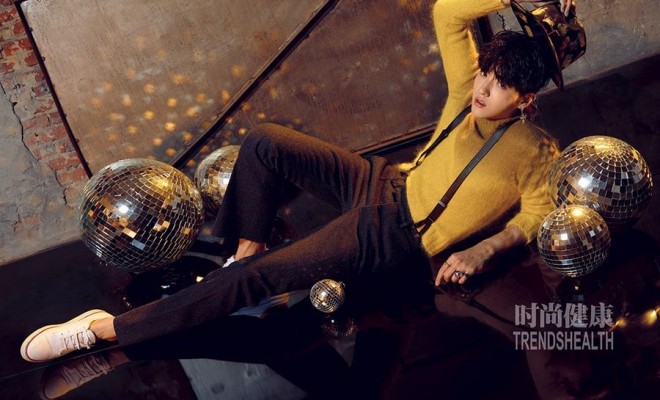 Kris was previously reported to be the first Chinese celebrity to grace the cover of Vogue China, with his appearance on the magazine’s August cover with international model Kendall Jenner. Recently, he covered the November issue of Trends Health magazine and on October 29, a set of six photos of him was released.

In the pictures, the artist shows off his cool and chic look in a patterned jacket, a pair of dark brown overalls, and a green woolen muffler, which perfectly match the  winter season. 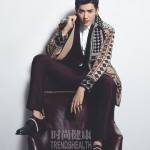 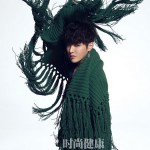 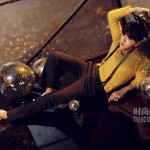 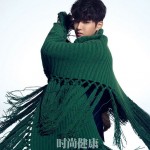 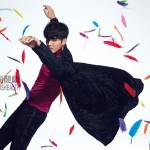 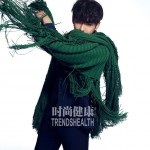 In related news, Kris will be meeting fans at the 吴亦凡 2015 Fantastic见面会 (direct translation: Wu Yifan 2015 Fantastic Fan Meeting) on November 6 at the Workers Indoor Arena, Beijing. He is set to perform his new track Bad Girl to thank fans for their  love and support during the past one year.

The fan event’s organizer also revealed that he will showcase some of his tracks, including Time Boils The Rain, Somewhere Only We Know, See You Again, Lullaby, and others. Those tracks will be rearranged with Wuyifan’s style to show the fans. 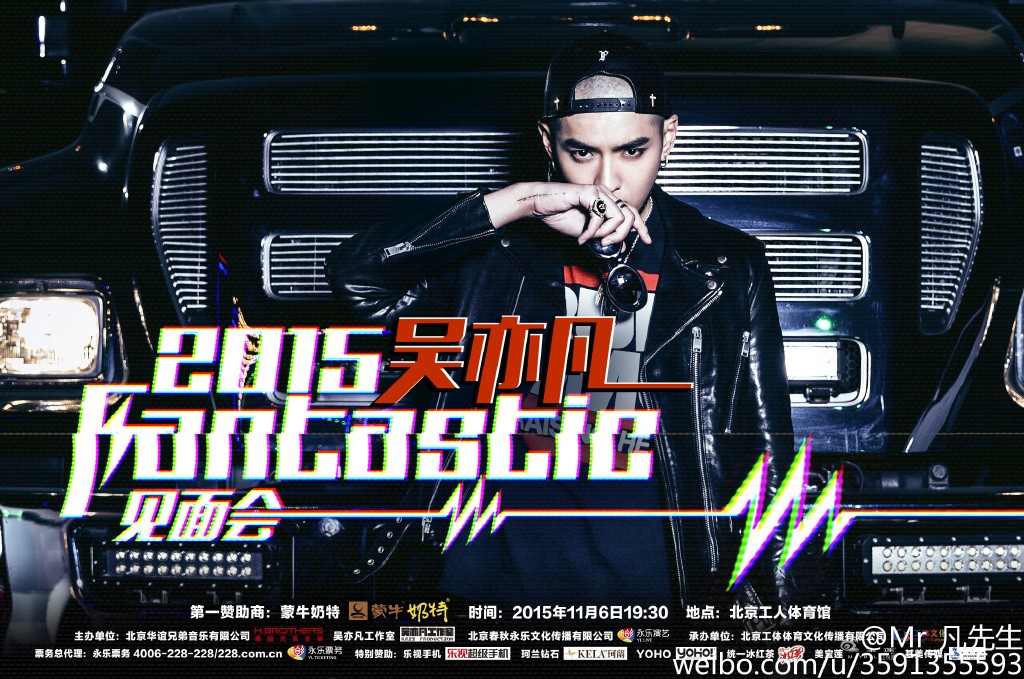 Hellokpop, as an independent Korean entertainment news website (without influence from any agency or corporation), we need your support! If you have enjoyed our work, consider to support us with a one-time or recurring donation from as low as US$5 to keep our site going! Donate securely below via Stripe, Paypal, Apple Pay or Google Wallet.
56
SHARES
FacebookTwitter
SubscribeGoogleWhatsappPinterestDiggRedditStumbleuponVkWeiboPocketTumblrMailMeneameOdnoklassniki
Related ItemsEXOkendall jennerKrisTrends HealthVogue Chinawu yifanWu Yifan 2015 Fantastic Fan Meeting
← Previous Story BTS Are Captivating Models For Puma’s Winter Collection
Next Story → 4Minute To Meet Fans In South America This November