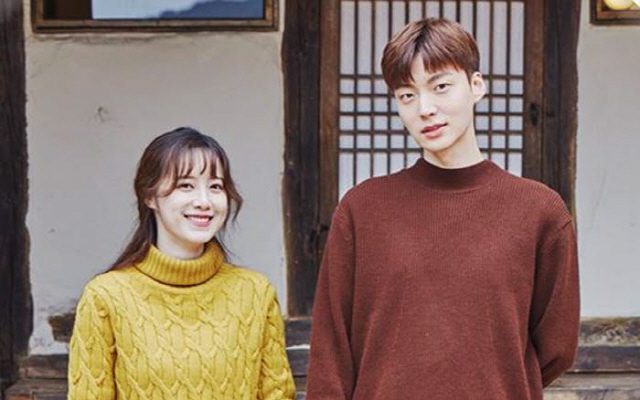 On August 18, the actress shocked her followers when she suddenly posted two consecutive messages. The couple have been married for three years, and are constantly gushing with love and adoration for each other publicly. Which is why Ku’s sudden outburst on Sunday morning shocked fans? However, as of 10:00 am KST, the posts have already been deleted. 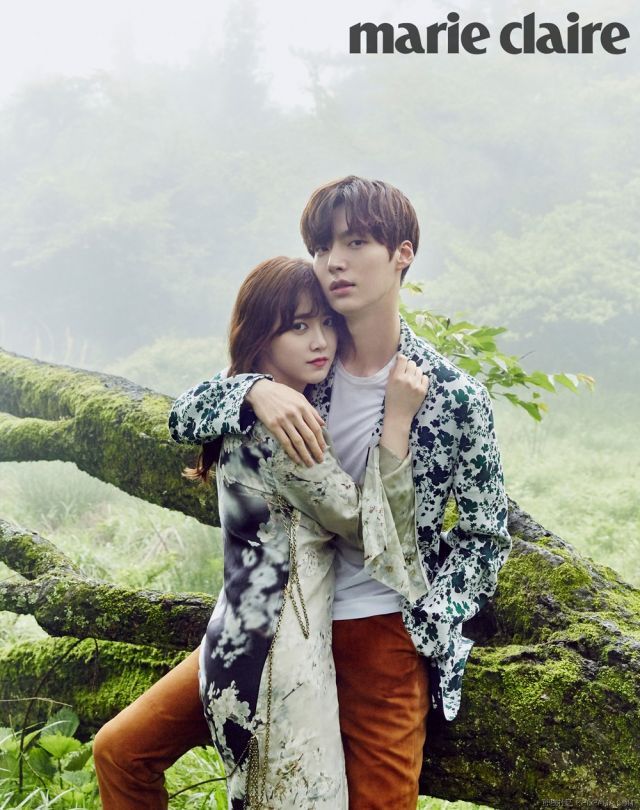 In her posts, the actress revealed that her husband asked her for a divorce. In the first photo, the actress posted a handwritten note that said, “I love you Ku Hye Sun” twice. Her caption reads:  “After we lost our spark, my husband has had a change of heart. He is now asking for a divorce even though I still want to stay married. Next week, my husband’s representatives will be releasing news reports. I am already informing you that they are completely not true. I hope that the real truth will soon come to light.” 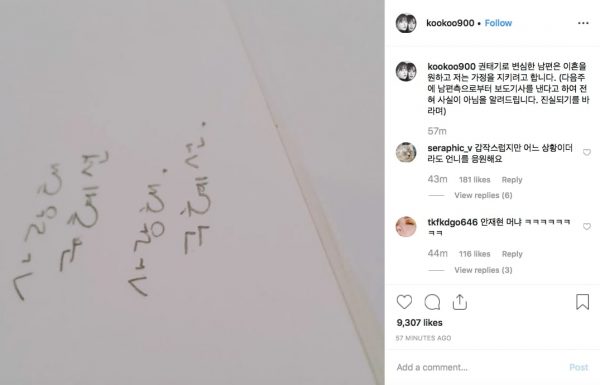 On her second post, the couple appear to be discussing how to announce the divorce. Ahn tells Ku that he already talked to the staff and production of his variety show New Journey to the West about the release of their divorce announcement.

The actress disagrees with him and tells him that he should speak to her mother first about the divorce. Ahn replies that they have agreed on the divorce and they just have to settle the documents, so meeting her mother would be meaningless.

He goes on to say that he will call her instead. Ku replies that he should take responsibility of talking to her mother, especially since he will no longer fulfill the promises he made when they got married.

Gu captioned the screenshots with: “My mother is shocked by the news and is not in good health, so I had to post these conversations. I’m sorry.” 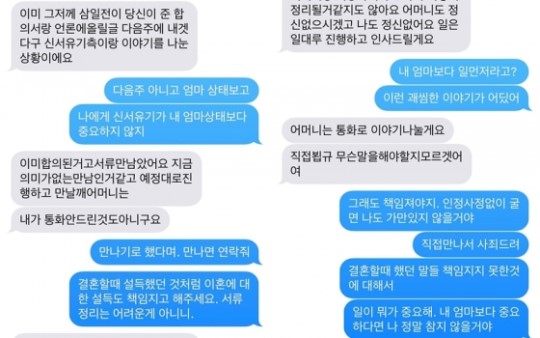 The couple met in 2015 during the filming of Blood. They tied the knot on May 20, 2016 after officially registering their marriage.  They also headlined a variety show, Newlywed Diary, which chronicled their movements as a newlywed couple.

Meanwhile, the couple’s agency, HB Entertainment, has already released their official statement, saying that “The two actors are unable to stay married due to various problems. After much consultation, they have made the decision to file for a divorce.”

Ku drafted a divorce agreement after an appointment with her lawyer. She then sent the agreement to Ahn Jae Hyun. In turn, the actor stated that they will finalize the details in September.

Which is why both the management and the actor were surprised by Ku’s sudden emotional outburst and subsequent revelation on her Instagram account. In fact, HB Entertainment also released the statement Ku previously drafted. It reads: “We have loved each other and have been happy. But we found that there is a growing gap between us, and so we decided to walk our own paths before anything worse happens.”