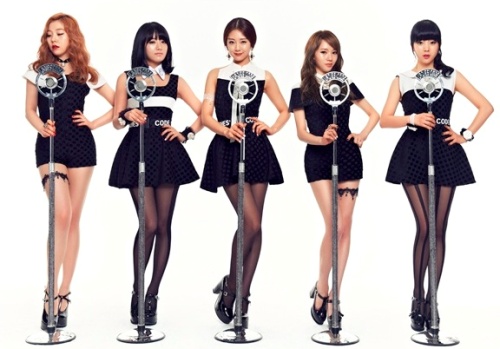 A year after the tragic accident that caused the passing of Ladies’ Code members EunB and RiSe, the remaining members of the group, Sojung, Ashley and Zuny, will release special tribute songs in memory of their beloved members.

On September 3, the day of EunB’s passing, the girls will release a different version of I’m Fine Thank You, a previously released track from the group’s second EP. Other artists from the group’s label, Polaris Entertainment, such as Kim Bum Soo, Ivy, Yang Dong Geun, Sun Woo and Rumble Fish, will participate and lend their voices to the tribute track as well.

Another track, I’ll Smile Even If It Hurts, sung by Sojung, Ashley & Zuny, and co-written by Sojung, is a new song that will be officially released on the 7th of September, in memory of member RiSe’s passing. The girls first unveiled the song at a memorial concert, in remembrance of RiSe & EunB, in Tokyo on August 22.

An official from the label expressed that they will not be having a special memorial event, but will be paying tribute to RiSe and EunB by releasing these songs instead.