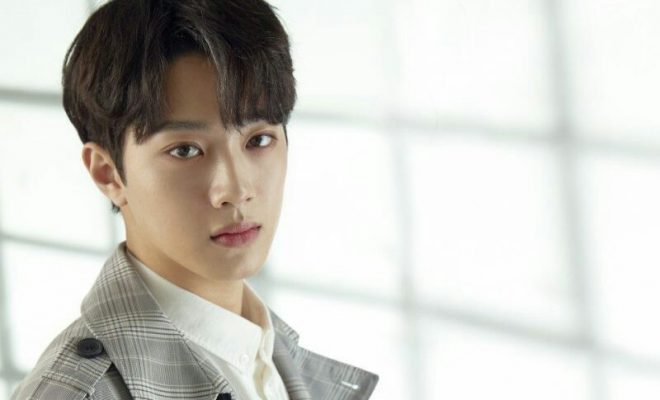 Lai Kuan Lin will not tolerate any harm done to the people he loves.

Lai Kuan Lin has issued a warning to those who had been attacking the people close to his heart in the midst of his contract dispute with Cube Entertainment. 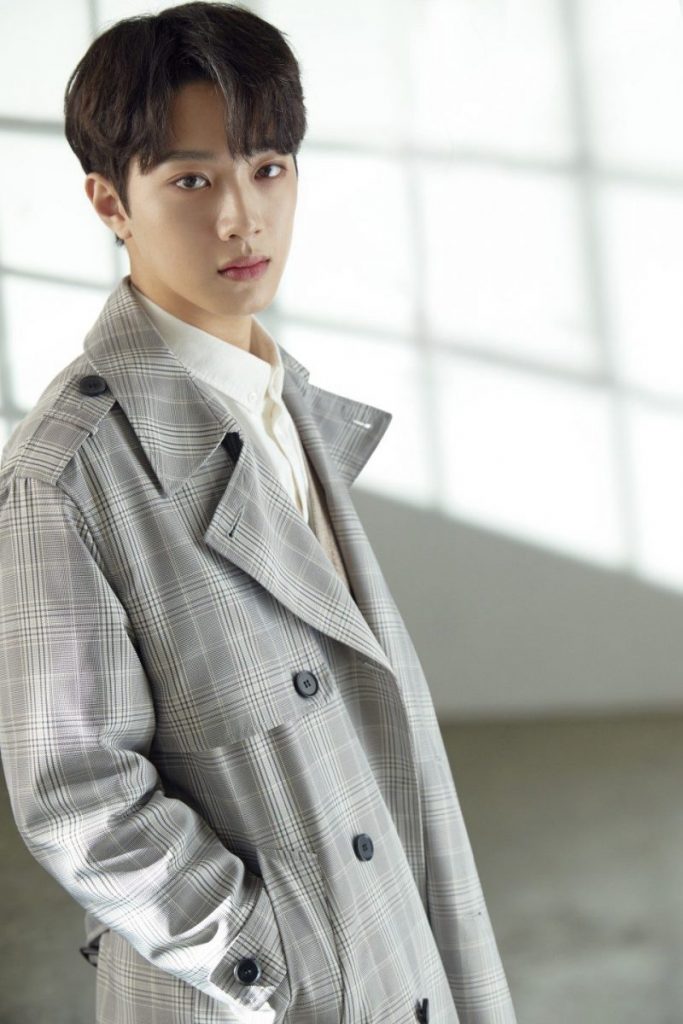 On July 25, the young idol had taken to Instagram to express his frustration and warning towards those targeting not him but his loved ones in the midst of a heated point in his career.

He began the photo text series by flashing the words “warned” on his official personal account’s stories.

On the second photo, he wrote in Korean, “If you ever touch my fans, my staff, my family, and my people ever again, I won’t stay calm”.

He wrapped up his stories with a photo saying “One last warning”, showing that he has been pushed to the edge by the attacks on the people he cares for. 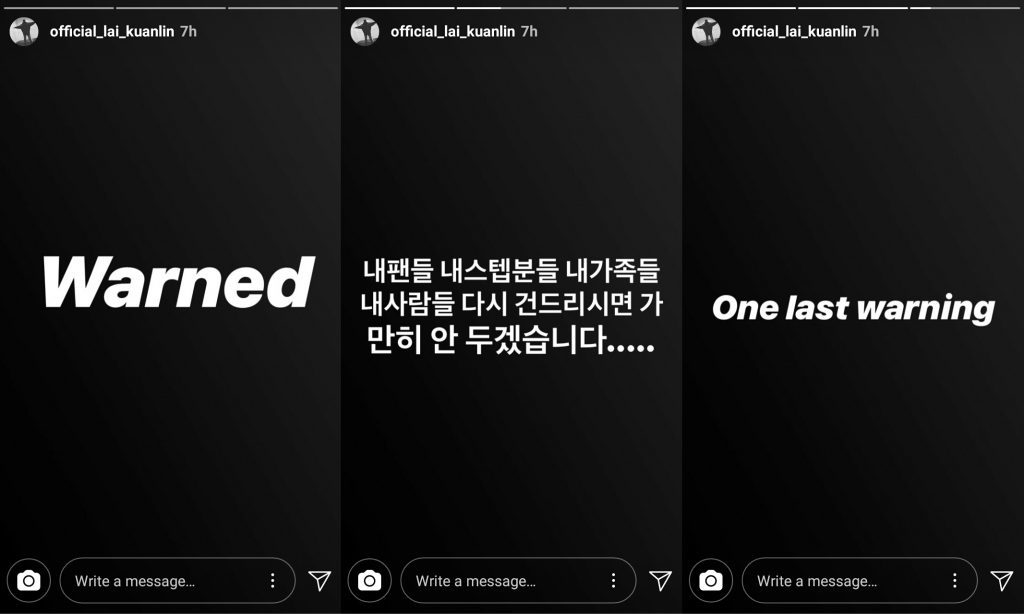 Currently, Kuan Lin is in the midst of a dispute with his agency Cube Entertainment after he appealed for his exclusive contract’s termination.

After laying out his claims of the agency selling his exclusive contract to a third party company and counterfeiting documents with “his and his father’s seal”, Cube Entertainment has sent out a denial of the accusations.

During their exchange of official statements regarding the issue, the agency also asked for a meeting with the former Wanna One member.

However, his legal representatives pointed out that prior to filing the lawsuit, Kuan Lin has tried to resolve the situation through amicable means but the agency denied all his requests.

Kuan Lin’s legal representatives also questioned the accusing tones of the agency’s statements, which make it seem as if the idol and his family are pursuing contract termination with profit in mind.

They expressed how they “sincerely request that the agency stop these unilateral and malicious claims” towards the artist and his family.