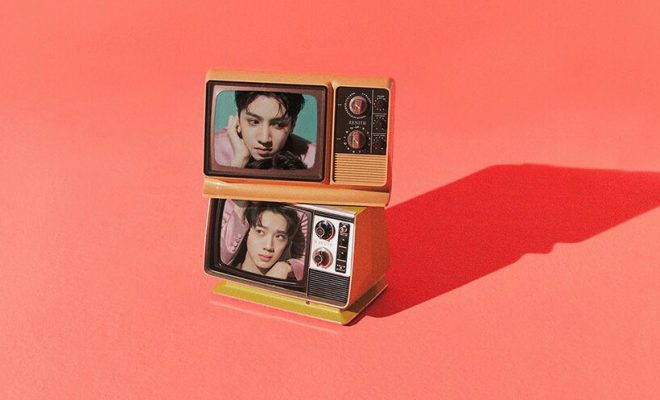 Looks like the new “giant maknae” Cube unit featuring Lai Kuan Lin and PENTAGON’s Wooseok is up for a big debut!

Lai Kuan Lin and PENTAGON’s Wooseok have revealed the details of their upcoming debut as a new unit from Cube Entertainment! 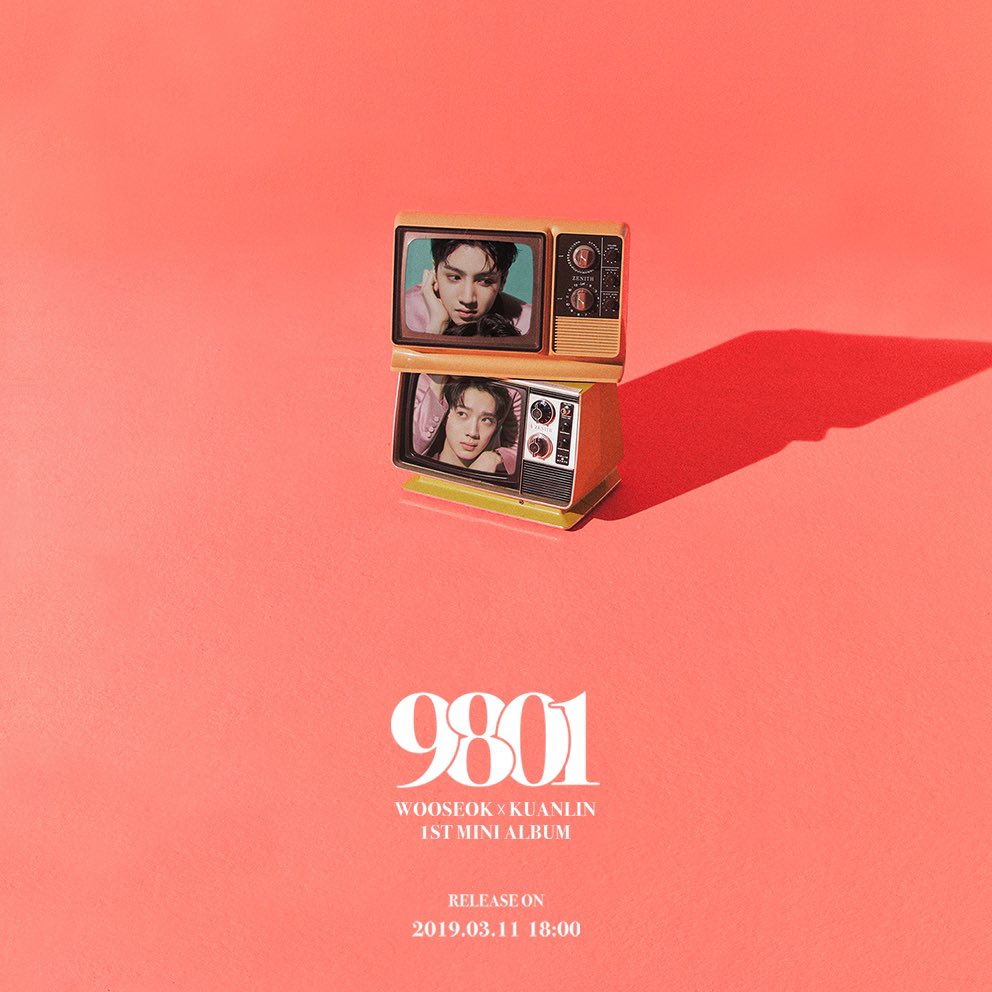 The new duo will be debuting with a mini-album on March 11 titled 9801! Its title comes from the combination of the years they were born in, which is 1998 for Wooseok and 2001 for Kuan Lin.

The two also unveiled 9801‘s tracklist, which boasts five new songs. Besides the title track “All Sorts of Things”  (literal translation) which both rappers wrote, many are looking forward to the huge team-up with other artists that the duo has made for the mini-album.

One of the big artists who took part in 9801 is GOT7’s rapper, Jackson. He will be a featured artist in the song titled “Hypey”, which he co-composed, co-arranged, and co-wrote the lyrics as well. 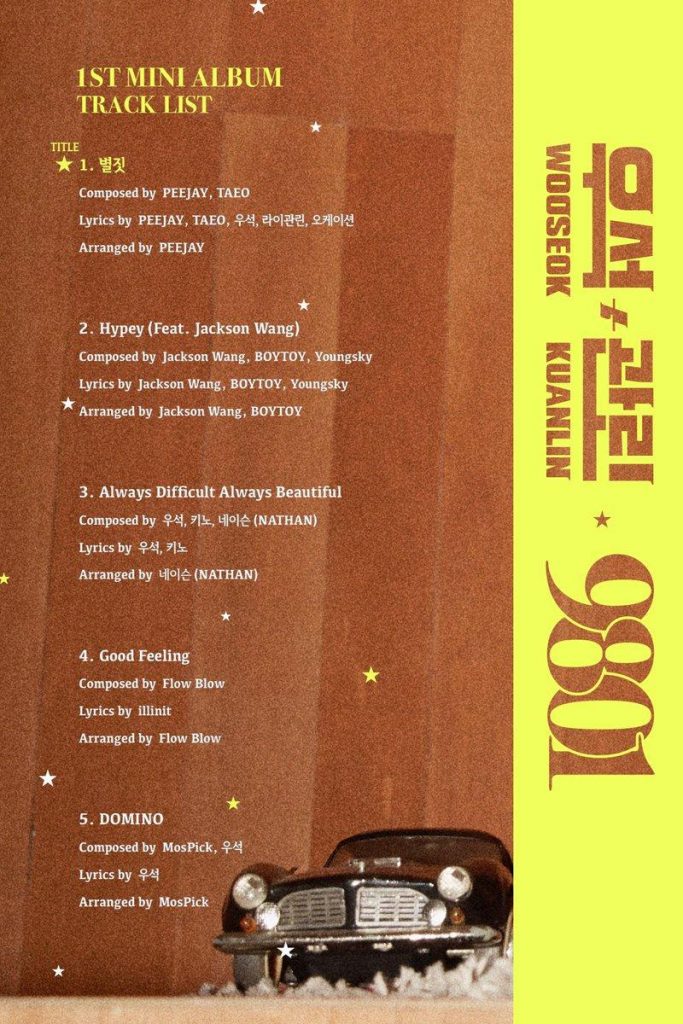 Wooseok’s PENTAGON groupmate Kino also participated in the making of the album. He penned the lyrics for one of its tracks, namely “Always Difficult Always Beautiful”.

Wooseok himself had also been hands-on with the album by working on the track “DOMINO”, which he co-composed and solely wrote the lyrics of. 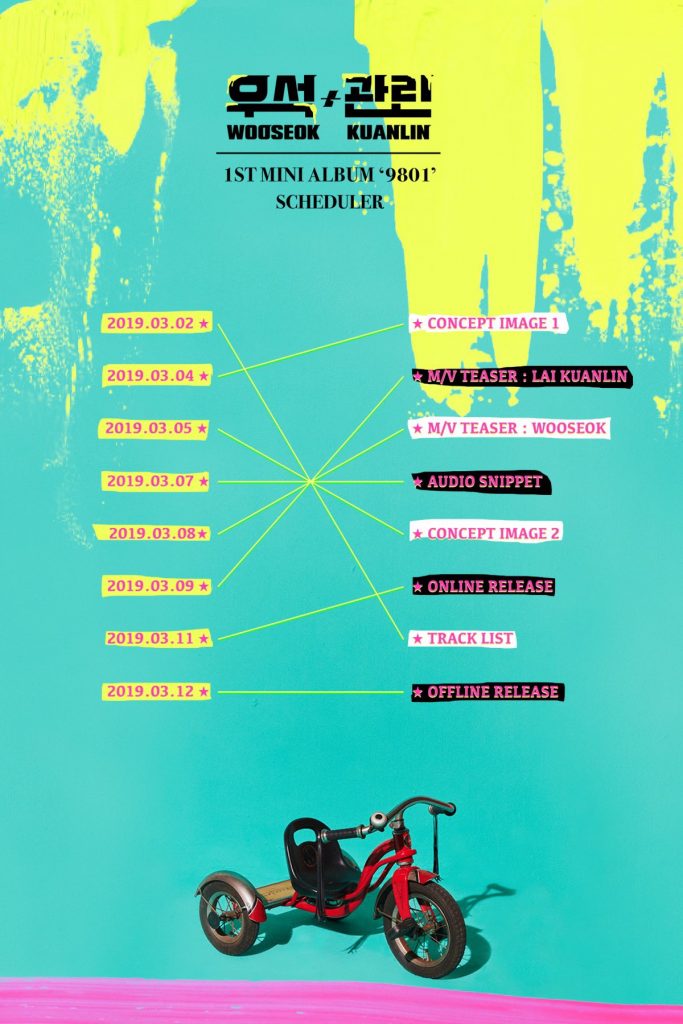 The two will give a peek at their new music on March 7 by sharing an audio snippet with their fans. This will be followed by a consecutive release of music video teasers from each member for the next two days as a countdown for 9801.

Are you looking forward to Lai Kuan Lin and PENTAGON’s Wooseok’s massive debut as Cube’s new unit? Let us know by leaving a comment below, giving us a holler on Facebook, or tweeting us at @hellokpop!

Hellokpop, as an independent Korean entertainment news website (without influence from any agency or corporation), we need your support! If you have enjoyed our work, consider to support us with a one-time or recurring donation from as low as US$5 to keep our site going! Donate securely below via Stripe, Paypal, Apple Pay or Google Wallet.
FacebookTwitter
SubscribeGoogleWhatsappPinterestDiggRedditStumbleuponVkWeiboPocketTumblrMailMeneameOdnoklassniki
Related ItemsCube Entertainmentlai kuan lin x wooseokLai Kuan-linPentagonpentagon wooseok
← Previous Story Yang Hyun Suk Shares Updates On The Solo Comebacks Of Eun Ji Won And Lee Hi
Next Story → BTS Lists A More Diverse Ticket-buying Fanbase Age Range This Year, According To Vivid Seats